The South Korean shipbuilder New Zealanders are paying nearly $500 million to build a new naval tanker has suffered a huge plunge in its share price and is trying to raise over a billion dollars for working capital. 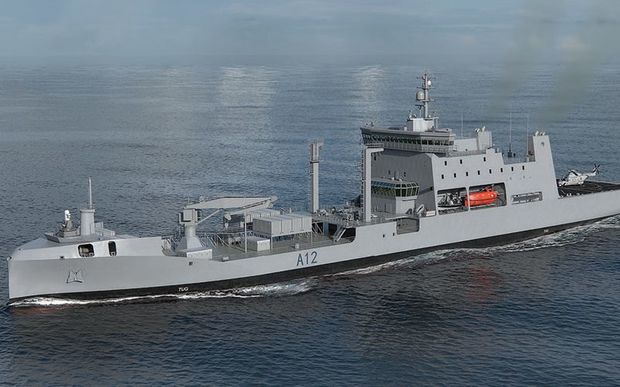 The share price of Hyundai Heavy Industries fell by more than a quarter on Wednesday, after investors reacted badly to plans to raise fresh funds.

It said the cash would mainly be used to bolster its ailing finances.

In a few months, Hyundai is supposed to start building the 173-metre long HMNZS Aotearoa tanker for the New Zealand navy - at a projected cost of $493 million.

The new tanker is specifically designed for operations in Antarctica and will replace the 30-year-old tanker HMNZS Endeavour which currently provides fuel to New Zealand navy and partner nation ships. 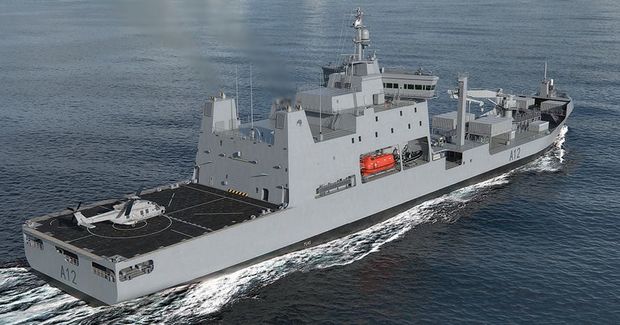 The view of the stern of the proposed new vessel. Photo: Supplied / Hyundai Heavy Industries

Hyundai has struggled during an industry-wide slump brought on by slowing global demand and overcapacity.

The crisis, which has been exacerbated by competition from China, led to South Korea's shipping giant Hanjin filing for bankruptcy last year.

On Wednesday the firm said it also planned to list its refining unit, Hyundai Oilbank, on a local stock market next year.

The announcements pushed shares down 29% in Seoul.