The New Zealand dollar fell to its lowest level against the US dollar in seven months overnight, but then bounced straight back to Tuesday's levels. 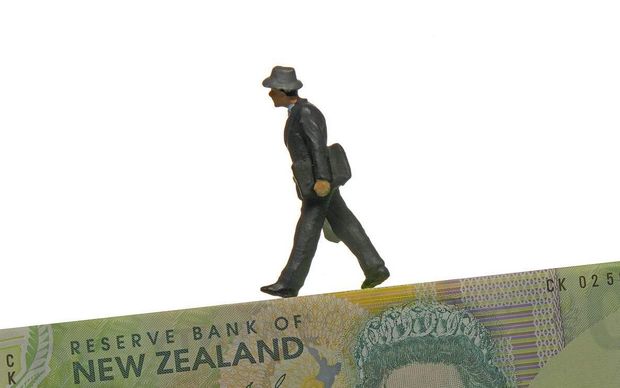 ANZ senior foreign exchange strategist Sam Tuck said the move down was prompted by suggestions that US interest rates may rise sooner than expected.

"The New Zealand dollar continues to be slowly ground down by US dollar optimism. Markets focussed yesterday on a report from the San Francisco Fed researchers that suggested the markets were under-pricing the possibility of US rate hikes and were unusually certain about that under-pricing."

"Last night the New Zealand dollar was a bit of a reluctant follower to the Australian dollar."

Sam Tuck also said because there is so much uncertainty globally, there is still a lot of resistance among investors to a lower dollar.

"There are things like the ECB engaging in an expansion of their monetary base, the potential for a Scottish independence vote 'yes' to affect the pound, and signs are that the Japanese will need to do more policy reform keeping the yen weaker."