The bidders for Goldman Fielder appear to have uncovered something not to its liking in the company's books, an analyst says.

Wilmar International, in partnership with the Hong-Kong-listed First Pacific, is formally offering 67.5 Australian cents a share for Goodman Fielder, below the previously proposed 70 cent offer. 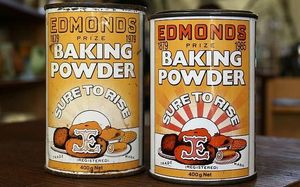 That values the trans-Tasman food giant, whose brands include Meadowlea, Praise, Vogels and Edmonds, at $A1.32 billion - $A50 million lower than than the previous offer.

The board is recommending the offer to shareholders in the absence of a higher bid, and as long as an independent report supports it.

"They've obviously been through that process and they must have seen something that they didn't quite like as much as they did before or seen something that's not in quite as good a shape as they previously thought, or something about the outlook has caused them to revise down their bid slightly," Mr Lister said.

"But we're not really sure of exactly what it was that they saw that they didn't like but there was obviously something that just caused them to think that they should pay slightly less than what they originally suggested."

Mr Lister said it could be a range of things, and Goodman Fielder had had a tough ride during the past few years.

Shares had been worth more than $2.20 in 2007, compared with the current takeover bid of 67.5 Australian cents.

"There's a range of reasons for that, and some parts of their business are struggling at the moment."

The offer is by way of a scheme of arrangement which needs at least 75 percent of Goodman Fielder shareholders by both value and by number to accept in order to succeed.