Household confidence in the jobs market has risen to its highest level in six years.

The Westpac-McDermott Miller Employment Confidence Index edged up by 1.5 points to 109.9 in the three months to June, compared with the previous period. 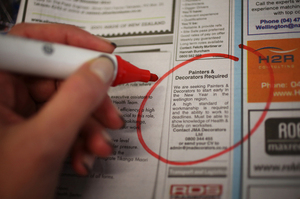 A reading above 100 indicates optimism.

Westpac said perceptions about the availability of jobs improved, with the net percentage of respondents who thought it hard to get a job falling to 26.5 percent, its lowest reading since December 2008.

The percentage expecting earnings to increase over the next year rose to a net 34 percent, the highest level since December 2012.

Employment confidence was highest in Auckland, and rose in six other regions, including Canterbury and Wellington, and fell in four.

Waikato was the only region to be pessimistic about the jobs market.

Westpac said the survey suggested the recent strong growth in employment can be sustained.

The labour market tends to lag the pick up in economic growth, as firms are reluctant to hire until they are sure the recovery is sustainable.