An economist is warning that global dairy prices could fall later in the year if production in other countries starts ramping up.

The average selling price in the latest fortnightly auction increased by 0.9 percent to $US3807 per tonne, though volumes were down.

But the global dairy trade index is still below where it stood in March last year. 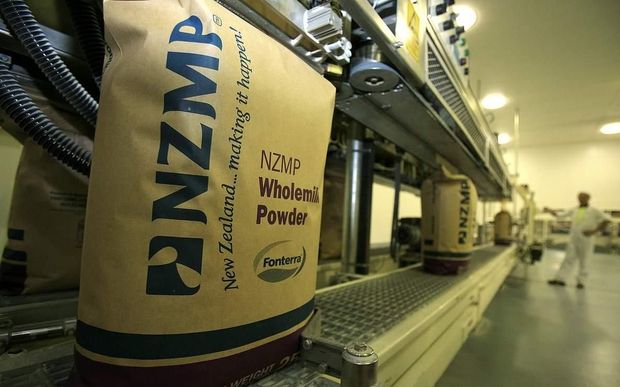 Chinese buyers are thought to have stockpiled large quantities of milk powder early in the year. Photo: PHOTO NZ

Economists say that, based on similar trends in the past, dairy prices should stabilise further over the coming auctions, and then recover in the second half of the year.

However, opinion is divided over the reason behind the recent slump in prices.

Some blame Chinese buyers who are thought to have stockpiled large quantities of milk powder early in the year.

Others, including ASB Bank economist, Nathan Penny, say the main reason is a bumper season for New Zealand farmers.

But Mr Penny said there were downside risks, including the possibility that dairy production in Europe and the United States could ramp up and put downward pressure on prices.

Europe is just heading into the height of its dairy production season.