He said there was a strong rally in growth stocks and the Nasdaq was up approximately 1.8 percent.

Mr Cochrane said that in New Zealand Xero had a strong rally and A2 Milk had a positive return. 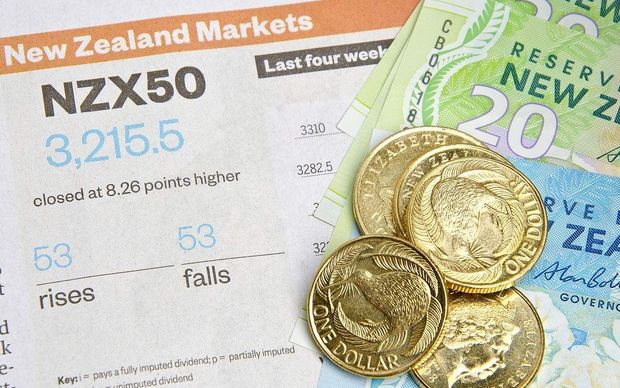 The New Zealand dollar was little changed against the currencies of all the nation's major trading partners on Tuesday.

ANZ Bank senior foreign exchange strategist Sam Tuck said the market was waiting for a raft of key economic data and events due both in New Zealand and offshore.

"Markets are in wait and see mode at the moment, we have the RBNZ financial stability review tomorrow, markets will be looking to the press conference from Governor Wheeler to see if he reiterates his comments from last week about the strength of the New Zealand dollar affecting interest rate expectations."

Mr Tuck said there was also the New Zealand Budget on Thursday and the Australian budget on Tuesday night.

He said markets are waiting to ascertain the fiscal position of those two countries before moving Kiwi Australian dollars.

Mr Tuck said the US Consumer Price Index is on Thursday night, along with the Empire State manufacturing survey and Philadelphia Federal Reserve surveys.