Two European banks in the United States are likely to face criminal charges for tax evasion and money laundering. 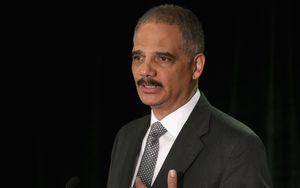 Earlier, US Attorney-General Eric Holder said no financial institutions were "above the law".

"There is no such thing as 'too big to jail'," he said in a weekly audio message,

Mr Holder also warned that the Department of Justice would "follow the facts wherever they lead".

Separately, a senior US official told AFP on condition of anonymity that inquiries into BNP Paribas and Credit Suisse are expected to lead to charges.

He said BNP Paribas is under investigation over accusations of money-laundering and of breaching US financial sanctions against certain third parties.

Credit Suisse faces a separate inquiry into claims that it helped US citizens evade taxation by sheltering their funds abroad.

"While I will not specify any particular targets, I will say this: I am personally monitoring the status of these ongoing investigations, I am resolved to see them through," Mr Holder said.

The US official said formal charges could be brought "in the near future".