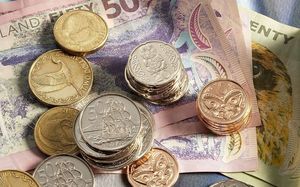 He said Briscoes had its first quarter sales results and their sales were up about 5.5 percent on the previous year.

He said honey and natural health products company Comvita had a positive result and its stock bounced as well.

Mr Stent said Fisher & Paykel Healthcare, Sky TV and Contact were all up, while Telecom on the downside gave up some of its recent good performance.

Comvita said late on Thursday that it expected to report a near 2 percent rise in annual net profit after a stronger second half. The company said it suffered shortages of Manuka honey during the first half but had plenty of supply in the second half.

Around 5pm the New Zealand dollar was little changed from the same time on Saturday.

He said the US is to release key non-fund payroll and unemployment data which will set the tone for currency markets and the Federal Reserve.