The highest ever trade surplus for a March month has been recorded, driven by dairy exports, with China the prime destination. 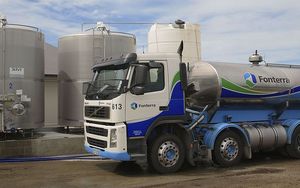 Exports were valued at $5.1 billion - exceeding $5 billion mark for the first time - an increase of $671 million from last year.

However, dairy volumes fell from February.

Imported goods rose by $483 million (13 percent) to $4.2 billion, driven by large items such as ships, oil rigs and a $216 million oil-drilling platform.

Imports from China and America also rose, while goods coming from Australia fell.

The country also had the highest quarterly surplus, coming in at a seasonally adjusted $1.1 billion for the three months ended March.