The Property Investors Federation says it's still a good time to invest in property, even though rents are rising at a much slower rate than house prices. 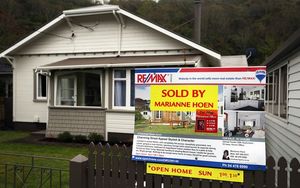 Executive officer Andrew King said yields on property have improved significantly since 2008 because of the since-recovered fall in house prices during the recession and very low interest rates.

Real Estate Institute figures show house prices rose 9.2 percent nationally in the 12 months to March and were up more than 12 percent in Auckland.

Mr King said the national figures are somewhat misleading and the yields available from properties in much of the country are still very good.

He said the only areas where property prices are increasing strongly are Auckland and Canterbury, in other areas such as Waikato and Bay of Plenty prices are starting to increase, but in a lot of other places prices are fairly flat.

New Zealand Property Investor magazine publisher Philip Macalister said what happens to wages will be a key factor for landlords.

He said it will be good for property investors if incomes increase.