For the first time ever the country's health insurers are set to pay $1 billion in claims this year.

The Health Funds Association, which represents insurance companies, says the projection is based on a near 10 percent rise in the level of claims paid in the year to the end of March, which reached $962 million.

While the value of claims has risen steadily over the last few years, the number of people taking out insurance has declined since the global financial crisis. 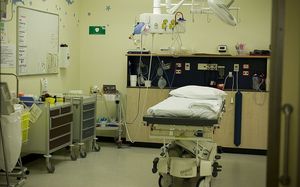 But chief executive Roger Styles says as prospects for the economy grow brighter, that trend is likely to reverse.

"This year we're actually forecasting a rise over the coming 12 months, in the December quarter we had the first rise since 2009."

He says there is a lot of elective surgery which the public sector is not keeping up with, and private health insurance is filling that gap.