The operator of the national stock exchange, NZX Ltd, referred only nine matters to the New Zealand Markets Disciplinary Tribunal in 2013 - although that was a big increase on the five referrals the previous year. 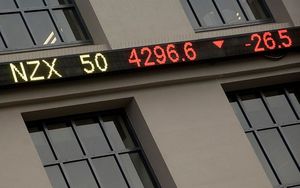 The tribunal chairman Derek Johnston says the NZX refers about 10 percent of the breaches it identifies to the tribunal and the vast majority of breaches are minor in nature.

Examples of firms the tribunal censured include Energy Mad, fined $30,000 for failing to disclose a significant profit decline as soon as it was known, Diligent, fined $15,000 for a large number of minor rule breaches, and Jasons Travel Media, fined $6000 for failing to have enough directors.

The biggest fine the tribunal levied, $45,000, was against Insured Group for failing to lodge its annual report on time for a second year and also failing to include all the information required.

Among minor breaches NZX didn't refer to the tribunal were 51 breaches involving companies failing to include all the prescribed information in their annual reports or failing to provide NZX with administrative information.

Mr Johnston says there were 15 ongoing investigations at the end of December.