Rents are growing much more slowly than house prices and the yields available from rental properties are relatively low.

Research by Gareth Kiernan at Infometrics, based on figures from the Real Estate Institute and the Department of Building and Housing, show rents rose 4.7 percent in the March quarter from the same quarter a year earlier. 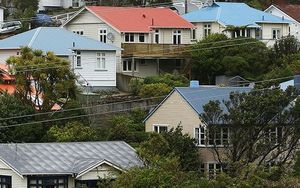 And in Auckland, rents rose only 3.2 percent in the month of March.

The Real Estate Institute's figures show house prices rose 9.2 percent in the 12 months to March and were up more than 12 percent in Auckland.

Mr Kiernan says gross rental yields in the March quarter improved to 4.5 percent from less than 4.4 percent in the December quarter.

That's low compared with other investments.

For example, those who bought Genesis shares in the float will receive a gross yield of 14.3 percent in the year to the end of June 2015.

At the same time, he is expecting growth in house prices to slow which should boost rental yields.