The tourism boom appears to be continuing with the number of guest nights in February jumping by more than six percent in the South Island. 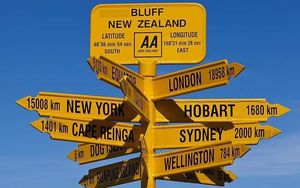 North Island figures fell slightly - down 0.3 percent - but that followed rises in the previous three months.

Figures from Statistics New Zealand show the largest increases were in Auckland, Otago and Canterbury, where international guests are slowly returning following the earthquakes.

Total national guest nights were up 2.4 percent in February, with the visitor trend hitting a record high.