Bank of New Zealand economist Craig Ebert says manufacturers need to focus on managing the risk of significant movements in interest rates and the currency. 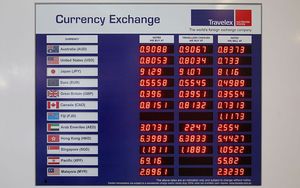 Mr Ebert says the economy and financial markets are at an inflection point, or crossroads, and the currency and interest rates could move significantly from here.

The warning came as the latest BNZ-Business NZ's performance of manufacturing index rose 1.9 points to 58.4 in seasonally adjusted terms, its highest level since July last year.

A reading about 50 indicates expansion and the sector has been expanding for 19 consecutive months.

All five sub-indices were in expansion-mode for the first time since October last year with both the production and new orders indices at 60.5 points.

Mr Ebert said people need to watch the interplay of both the currency and interest rates.

He said the reaction to commodity prices of the currency will be a key indicator of what is likely to happen to interest rates.