The Reserve Bank says interest rates could rise if loan-to-value restrictions do not work.

The central bank introduced restrictions this week on mortgage-lending banks, stipulating that no more than 10% of the value of their new mortgages could be to people with deposits of less than 20%. 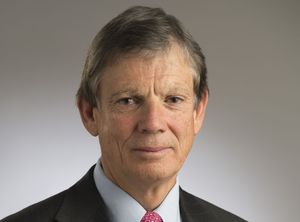 The Reserve Bank says the official cash rate could increase by 2% from 2014 to the beginning of 2016, which could mean interest rates on first mortgages of 7 - 8%.

The central bank says if the LVR restrictions do not slow house price inflation, larger increases in the benchmark interest rate would be required.

The New Zealand dollar was trading at about 82.2 US cents at 5pm on Wednesday and has reached as high as 83.4 US cents on Thursday.

The kiwi was already up against the US dollar on the US Government's shutdown and Bancorp Treasury Services senior client advisor Peter Cavanaugh says Mr Wheeler's statement gave it a boost across the board.

"The markets have actually jumped on a particular sentence in there in which he's saying if the loan-to-value speed limit is unable to slow house price inflation, large increases in the official cash rate would be required, which has excited the local interest rate market and of course the currency," he says.

It says the central bank restrictions, which were impending at the time, had no measurable impact on house values in September.

The average sale price in the city last month was the highest it has ever been at nearly $658,000, an increase of 1.6% on August.

However, the number of sales fell 8% to more than 1100, although it was up on last year.

Barfoot and Thompson managing director Peter Thompson says month by month variations are common, but if the Reserve Bank's new regime was to have had an impact, he would have expected more rather than fewer sales in September, as buyers sought to get in ahead of the new deposit requirements.

Mr Thompson says he doesn't expect to see a change in the market due to the loan restrictions, for at least another three to six months.

The number of new listings fell 4.3% to more than 1600, but it was up more than 29% compared with September last year.