The Magritek technology firm in Wellington has merged with a German company as it looks to expand its international reach. 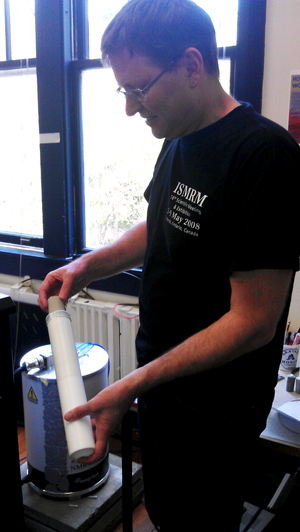 Magritek produces imaging devices so industries can look inside objects such as rocks, plants, and foods.

The firm was set up in 2004 by Sir Paul Callaghan and has had an association with German company ACT for several years.

Magritek chief executive Andrew Coy said the merger sets it up for strong growth from overseas and will allow its customers to access the company at any time.

Dr Coy said that means European customers will be able to get service at any time, even if it is the middle of the night in New Zealand.

He said Magritek's technology is used in research laboratories and universities around the world and it has exported to about 60 countries.

Dr Coy said if all goes well in the coming months, it may set up a base in the United States.