What lies on the road ahead for New Zealand's ethnic communities?

New Zealand's refugee intake resumes this year after a hiatus since March 2020. The plan is to accept 250 new refugees by June 2021.

That’s one-sixth of our yearly quota of 1500. What happens to the remainder of the yearly quota - will it get carried forward to 2022's intake? 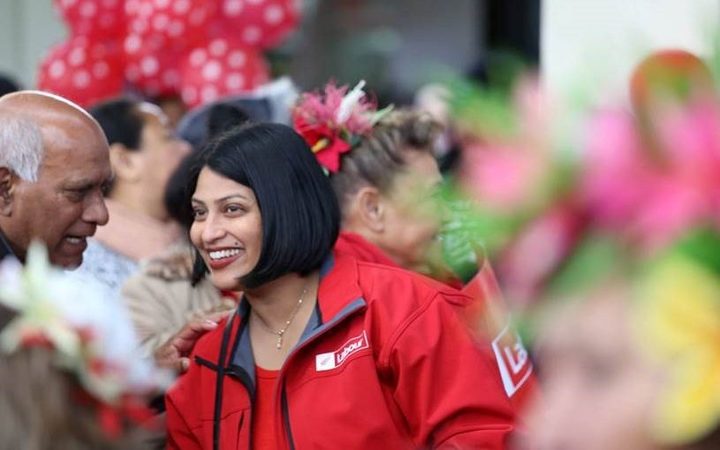 Speaking of the immigrants and former refugee families and partners who have been separated through the Covid-19 lockdowns, Radhakrishnan said "family reunification is a priority".

Green Party ethnic communities spokesperson Golriz Ghahraman said: "The Green party has fought hard for humanitarian categories of people included in the phased opening of the border - so we were happy that the quota was going to open in some way.

"But the refugee crises is only worsening - what we'd like to see is the refugee resettlement centre in Mangere kitted out in a way that it can be used as a quarantine facility. That would be ideal as a way in which we can reopen the borders,"

National Party ethnic communities spokesperson Melissa Lee, speaking further to the concerns around refugee resettlement and support programmes for 2021, said: "my concerns are that are they equipped to emerge out of the 6 weeks and able to live in New Zealand in a more comfortable way - many aren't able to get jobs - where's the support- we're actually not providing for them."

In response, Radhakrishan said that under the government's wider employment plan there was a plan around working through the employment barriers faced by new migrants, former refugees and more broadly, ethnic communities.

"That was put on pause due to Covid - we will be picking that up this year." 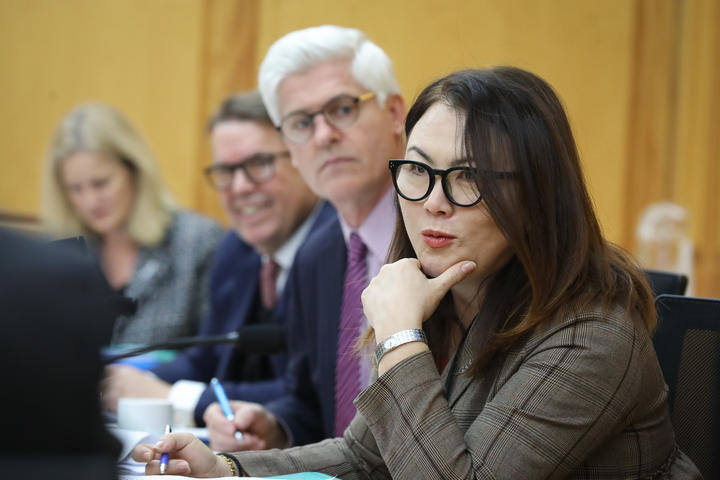 Melissa Lee is watched by her National collegues as she asks questions in committee Photo: ©VNP / Phil Smith

With tertiary institutes feeling the pinch now that new international students have stopped arriving, is the planned return of 1000 students who were stuck overseas sufficient to ease the struggle of the export education sector, an industry that brings in nearly $4.8 billion yearly?

Lee said the government should act on that soon - "we need to work with these tertiary institutes to facilitate students coming back. There are several businesses that are linked to the export education industry". 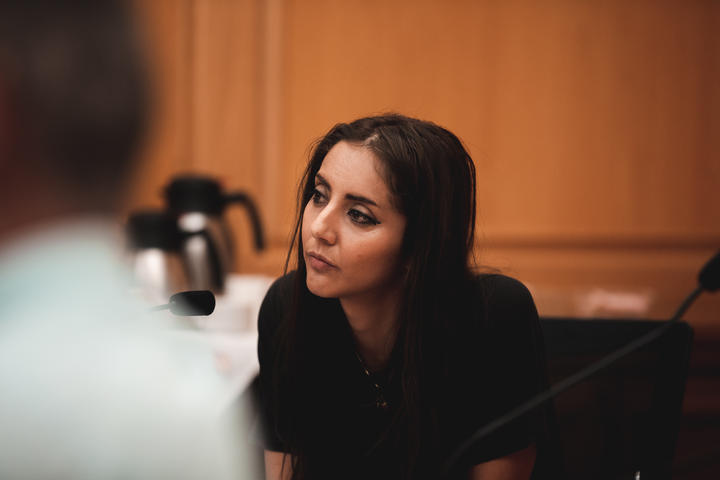 Will the new Ministry for Ethnic Communities - slated to form in July this year - acknowledge the intersectionality and diversity within communities? Will there there be active community participation in the forming of the ministry?

"We need to take account of the fact that our issues aren't ghetto-ised. In the past that's how things have fallen through the cracks."

Speaking on access to the ministry, Lee said "what we don't want is ethnic communities marginalised - what we want is a ministry that functions like a ministry, not a Department of Internal Affairs - it needs to be clearer."