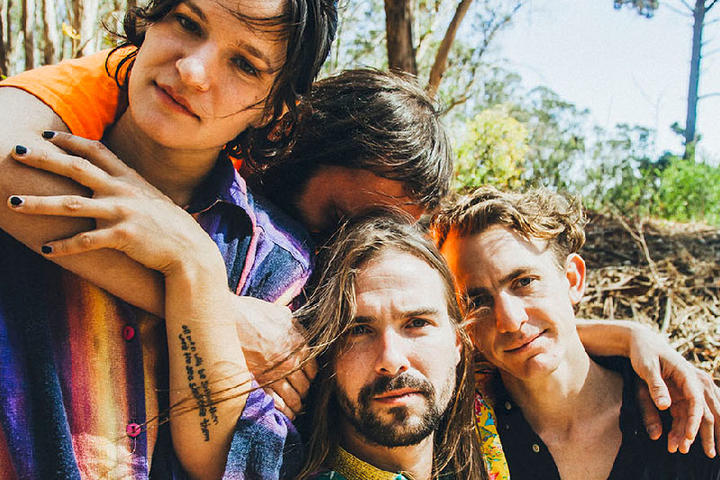 Meek is from Texas, where he was encouraged from an early age by family-friends and alt-country figureheads like Butch Hancock and Ray Wylie Hubbard. Lenker had an equally precocious start, if a more fraught one, mentored by a guitar-playing, born-again Christian father, who was taking her to open-mic nights before she was in her teens, and she wasn’t much older when she self-released her first recordings. But it was somewhere at Berklee that she found her own voice, which has become the core of Big Thief’s music.

U.F.O.F., which came out last May, was the first of two Big Thief albums released last year. And of the two it might be where Meek’s country and Lenker’s open-mic-night roots show most clearly. There’s an acoustic, folkie foundation to these songs, though they can throw up some unexpected shapes, with dropped beats and irregular riffs, like country songs that have run away from home and grown up without adult supervision.

Lenker looks here to the beauty of the natural world: animals, the great outdoors and the night skies, even when the world she is charting is really an internal and inevitably troubled one.

Two Hands is the second Big Thief album released within six months last year; songs that poured out as soon as U.F.O.F. was completed. It’s rockier and raggedier, as though there hadn’t been time to refine the arrangements, yet more than ever it is clear that this is a band that knows itself so well that the parts arrange themselves.

Two Hands feels like the more outward-looking of the two records, less focussed on Lenker’s romantic turmoils and more on the ills of the society she lives in. There’s ‘Forgotten Eyes’, with its depiction of addiction and homelessness, and ‘The Toy’, a song that laments America’s gun culture without ever naming it.

Much of what Big Thief does relies on the balance between Lenker and Meek’s guitars. But while Meek does a lot of the intricate stuff, it’s Lenker who solos on the album’s explosive highpoint, a song called ‘Not’, and after a few rounds of the insistent chrous, she shreds it.

They are due to tour here in May and getting in the same room as these songs is something I’m looking forward to. 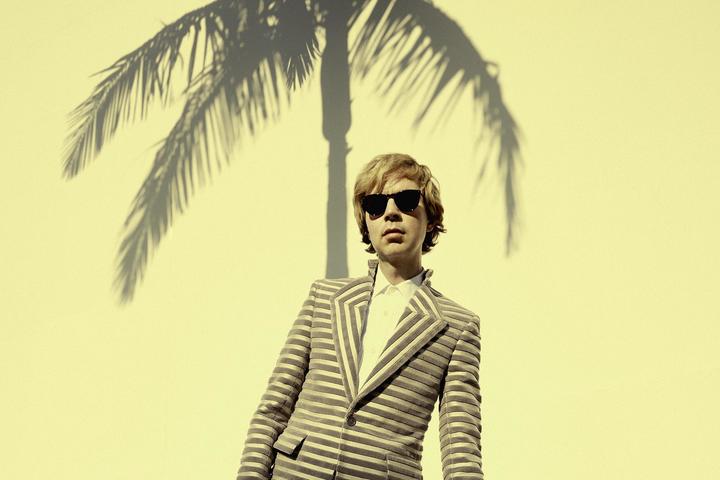 I remember a time when a new album from the artist simply known as Beck would have been a cause for excitement. But how big an event is it today?

Though he has never made the same album twice in a row - which is one of the things that has kept fans like me listening, through his peaks and valleys - Beck has tended to rotate his most successful formulas at roughly decade-long intervals.

His last album, 2017’s Colors was an album he hadn’t made before, and that wasn’t necessarily a good thing. Concocted with big pop hit producer Greg Kurstin as a series of upbeat bangers, it’s seemed to fly counter-intuitively in the face of the prevailing post-Trump anxiety. Never before had this lifelong ambiguist made an album so apparently one-dimensional. It sounded expensive and vacuous.

Hyperspace is, in its own way, just as slick a piece of work, though very different in mood and texture. He’s worked with another big name producer, Pharrell Williams, and has again created beds for his songs that sound rich, both sonically and economically - only it seems the party that was Colors is well and truly over.

If you stripped out the insistent backbeat and Vangelis-like swathes of synthesiser of the title track - and perhaps left out the rap - you would have the bare bones of one of those sombre ballads that defined his seminal Sea Change. As with that album, there seems to be a relationship bust-up at the heart of these songs. And the images of space, conjured by the title and which run right the record, don’t really have much to do with the solar system but rather the vast emptiness left by lost love.

Beck has always been a tuneful if not particularly versatile singer, and he employs various effects in these tracks to add variety to his vocals. Nothing wrong with that; autotune is pretty much mandatory in pop these days. Yet it has a distancing effect, and sometimes the very human impulse behind these songs feels diluted by the electronic tinkering.

Though the best moments here, like ‘Everlasting Nothing’, touch that same melancholy nerve Beck tapped with Sea Change, too much of it lacks spark and seems self-conscious, as though in striving to give the whole thing a wider appeal Beck has repressed the things that used to make his work so unique: the surrealism, the ambiguity, those wild flashes of the unexpected.

Beck proved early on that he wasn’t just the Gen-X cynic his 90s hit ‘Loser’ threatened to embalm him as. He’s a singer-songwriter with a restless musicality and a fierce imagination whose best records can justifiably be called classics. Sadly Hyperspace, despite flashes of brilliance, is not destined to be one of them. 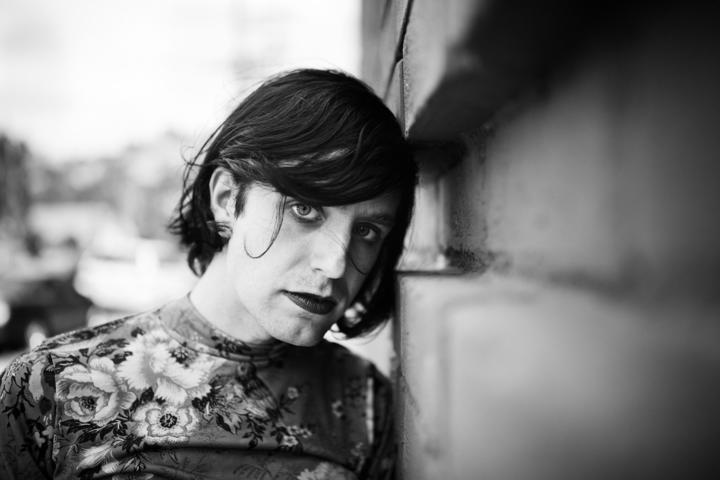 Ezra Furman, an American singer-songwriter who identifies as gender fluid; they are also an Orthodox Jew with Palestinian sympathies, and perhaps it’s no surprise that issues of both gender and religion give fuel to a lot of their music, occasionally in the same song.

“Polarising binary is not my scene”, Ezra sings in a song that, perhaps controversially, draws a parallel between transgender and Palestinian rights. And then there’s ‘I Want To Be Your Girlfriend’, an over-the-top punk-doo-wop pastiche that Ezra calls ‘a romantic song of transgender longing.’

If you’ve heard any of Ezra’s earlier stuff you’ll already have made the acquaintance of a genre magpie, who is inclined to flit from glam to folk to synth pop, alternately channelling the spirits of Reed, Bowie, Lennon or Springsteen as the song demands. Twelve Nudes seems initially less ambitious; a dozen standalone songs that mostly cleave to a raw and immediate punk rock.

Ezra is amplifying a generation’s anxiety, but also pointing to some of the causes, like the fundamental inequality of America’s health system which he addresses in straight-ahead terms in a song simply titled ’My Teeth Hurt’.

Inequality emerges as the driving theme of the album, and it’s perhaps best summed up in a song Ezra calls ‘Trauma’, which again paints the situation in the plainest possible terms. “The big scam is that nobody gives a damn/That the penthouse suite depends on the bottom three floors”, Ezra howls, and lays out elemental chords with all the electric fury of Neil Young at his most plugged-in.

Twelve Nudes isn’t a particularly subtle album, but it feels like a necessary one.