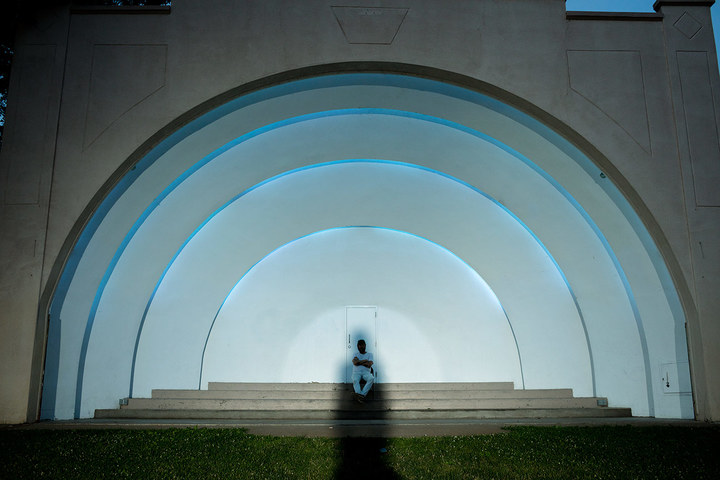 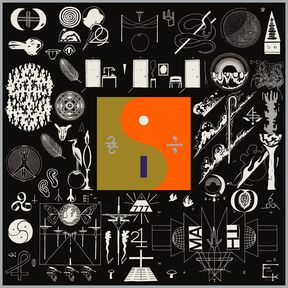 There was a moment in the last decade where it seemed as though Generation Y had found its own Crosby, Stills and Nash. Nominally a band but essentially an alias for its chief creator Justin Vernon, Bon Iver’s debut For Emma, Forever Ago caught a wave that also carried Fleet Foxes and Iron and Wine, announcing a new era of harmony-rich, introspective pop. But anyone expecting a reprise of For Emma is in for a surprise.

Vernon has never made the same record twice, but if the 2011 follow-up to For Emma, simply titled Bon Iver, Bon Iver, took the solitary beauty of that debut and just rendered it larger and lusher, 22, A Million takes that idea and digitally demolishes it.

In a song like ‘715 Creeks’ you might still discern the kind of folk-based melody and pastoral reflection that For Emma was filled with. You might even recognise Vernon’s voice and trademark multi-tracked harmonies. Only this time it’s more like a choir of robots, or a giant singing synthesiser.

If you’ve been following Vernon’s various side projects since For Emma, then this digital detour might not come as quite such a shock. As we saw from the success of that debut, there was an audience hungry for Vernon’s music, but it wasn’t just the nouveau folk crowd. There was another audience listening as well; an audience more attuned to hip-hop. And that audience included one of hip-hop’s most restless practitioners, Kanye West.

It wasn’t long before Kanye was inviting Vernon to collaborate, and his distinctive vocals featured prominently on West’s 2010 album My Beautiful Dark Twisted Fantasy, and again on 2013’s Yeezus. 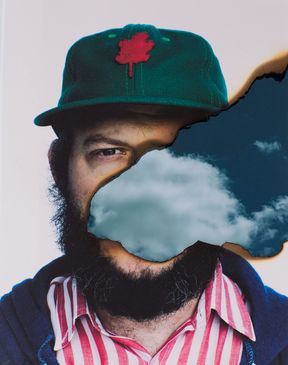 Heard with that in mind, 22, A Million starts to make a different kind of sense.

The distortion-saturated beat and heavily auto-tuned voices in ’10 Deathbreast’ could be straight off a later Kanye album. And though the melody might be more folk than R&B, ’33 God’ isn’t a million miles from a current hip-hop artist like Frank Ocean.

But if Vernon is making his new music in the knowledge that a hip-hop audience is paying attention, he’s also offering a challenge to the nu-folkies – including himself. I imagine he could have gone on making woodsy, harmony-stacked albums with acoustic guitars like For Emma, Forever Ago. But that would have started to sound formulaic pretty fast, particularly when his themes don’t appear to have changed that much. These latest songs still find Vernon staring into some murky psychological corners, contemplating loss and possible salvation.

Yet in creating a new palette, he’s stopped those themes from becoming stale, or resting with just one audience.

22, A Million is available on Jagjaguwar Records.