You won’t find a bigger star in popular music today than the performer known simply as Beyoncé.

She has sold in the region of 100 million records, winning Grammy awards for massive hits like ‘Single Ladies’. She’s been declared the highest-earning black musician in history, while her 2008 marriage to the rapper and entrepreneur Jay Z created a formidable power couple.

But with her increasing wealth and fame has come an increasing artistic ambition.

Dropped without warning on 23 April, Lemonade is more than just another Beyoncé album. It’s an intricate song cycle, accompanied by a 60-minute visual album that follows a woman (played by Beyoncé) through the stages of response to a husband’s infidelity. Laced through the story are multi-layered references to African-American history, politics, religion and music. 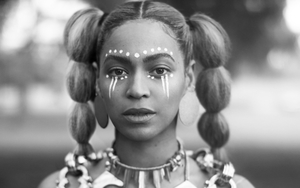 To help decode and interpret Beyoncé’s Lemonade from an Aotearoa/Pacific viewpoint, Nick Bollinger has called a Sampler Summit. His guests are ethnomusicologist Savali Andrews, writer and musician Jessie Moss and singer Ria Hall.

Says Jessie Moss: “I think it’s for black women, first and foremost, but its also about patriarchy and all women are subjugated in our patriarchal societies and all women can see themselves in there in some way.”

Savali Andrews adds: “Beyoncé is giving us a kaleidoscope of characters that relate to her own experiences and positions in the spaces that she occupies and represents. 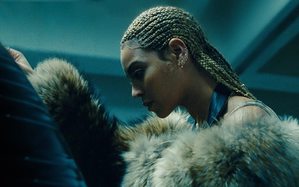 I actually think the main character is The South, also known as The Deep South, Dixie, the Bible Belt. She is visually and sonically travelling through space and time to convey how black women of their various stations in this region have learned to attend to and survive a life of dire circumstances.”

In summary, Ria Hall says: “I wouldn’t judge this work as something that’s on the safe side, but she’s put herself in a position where she can express herself in exactly the manner that she wants to. If they don’t understand it artistically or conceptually or visually, they will still find themselves in it, because every person on the planet can find a piece of themselves in this album.”