Venice! Rome! Tuscany! With a copy of Lonely Planet in one hand and an Italian phrase book in the other, recently retired librarians Adrian and Alison feel prepared to face the excitement of la bella Italia. But when their best friends suddenly drop out of the trip, are they really ready to share their precious holiday with their new neighbours?

An adaptation of the hit stage show. 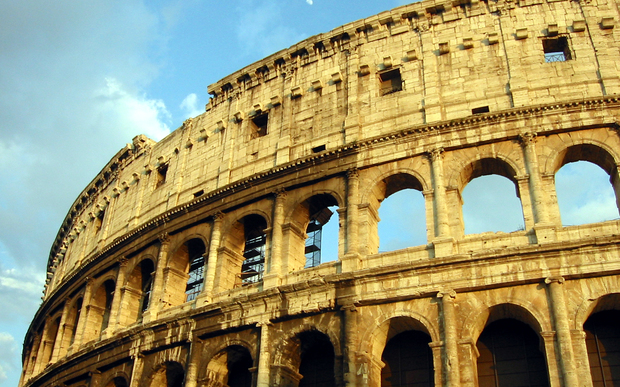 "Michael Frayn says that you don’t go looking for a play; it comes looking for you. I can’t remember now the moment when a play about travelling in Italy came to me.

Although I had written a play about travel (Taking Off), the topic of travelling with other people hadn't come up. It's hard enough to travel with one's nearest and dearest but add other people into the equation and inevitably there are (to put it mildly) compromises that have to be made. Decisions that are easy in everyday life, are less so when travelling, causing all sorts of stress which, I hope, has lead to an entertaining play.

As usual, when I started, I had no idea where the play was going. It took me by surprise every now and then, but if it hadn’t there wouldn’t have been much fun in writing it amongst all the slog of numerous drafts.

As usual, the week before opening night, I wasn’t at all sure that it would work. As it turned out, Four Flat Whites in Italy was enormously successful in New Zealand, and in Sydney. At The Court Theatre in Christchurch, it was so popular that they postponed the next production to keep it running, continued to do so but had to take it off after eleven weeks. But even then there was still a demand for seats and  Philip  Aldridge, the General Manager, said it would have been interesting to see just how long it could have run."