If we were in the United States this story would be headlined “Government will shut down if no budget agreed by June 30th”.

Thankfully, we are in New Zealand where politics is less "red in tooth and claw" (and where governments have a built-in majority in Parliament). Also, in New Zealand MPs traditionally don't "play silly buggers" over supply. 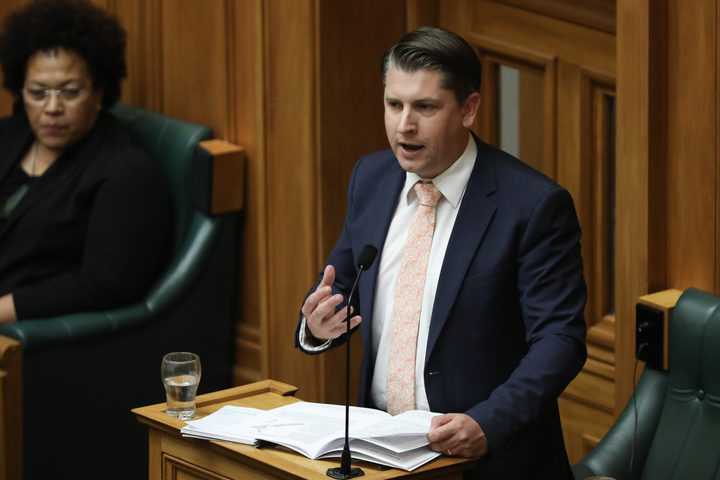 Labour MP Michael Wood who as well as Minister of Transport is Deputy Leader of the House. Photo: VNP / Phil Smith

In New Zealand budgets are not expected to be approved by the beginning of the financial year they apply to.

Here parliaments expect the debate will be ongoing and allow governments an advance on expenses, in expectation that the budget will pass. Budgets aren't passed quickly so that MPs can get a really good chance to grill ministers over their plans.

That float is called Imprest Supply. It’s an allowance from Parliament for the Government to spend an amount of money - usually about a quarter of the planned annual spend. The same majority in the House that advances that supply will likely ultimately pass the full spending plan.

Imprest Supply is also a regular reminder that while we all think of the Government as the power that collects taxes and spends the results, that isn’t entirely so.

Governments have no power to tax and no power to spend - except where that authority is granted by parliaments. Parliament is supreme in New Zealand’s constitution and governments raise revenue and spend money at their masters.

In large part it is control of the purse strings that makes parliament supreme. It was when English Parliaments gained this power that the tide turned on whether the MPs or the monarch were top dog.

It was a long and protracted fight in which successive parliaments slowly eroded the power of the Crown via strategic use of the purse. 'We will only pay for that palace if you grant us this extra power...'.

Today we enjoy the result of that incremental civil war. The Crown (government) still appears the master but in reality can achieve little without permission from the body that creates them, supplies the funds and can withdraw support at any time - Parliament.