Baptism of fire for new master

Sometimes Parliament is like a raucous boys’ school. Something like Greyfriars where Billy Bunter and his ragtag bunch of chums and enemies wreaked havoc.

The Speaker is headmaster, his assistants are the teachers and MPs the pupils.

In this school new teachers are sometimes mercilessly ragged or even bullied. 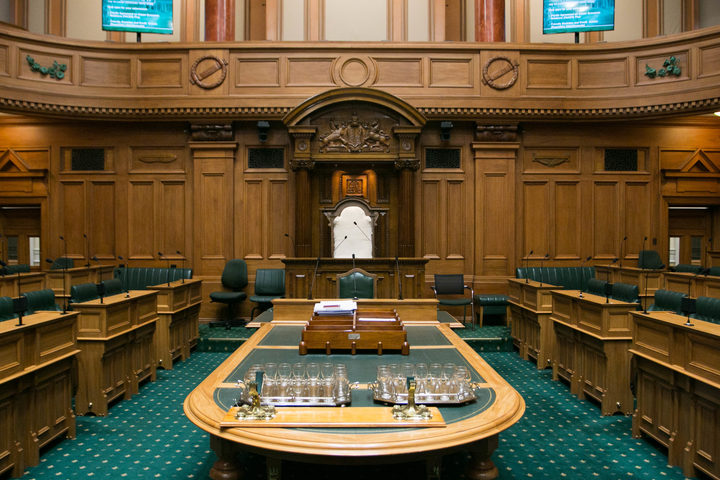 Some would call it blood-sport, or a search for limits, or an attempt to permanently undermine the newcomer’s confidence and authority. When it is also male on female the label might go further. It's something unlikely to fall within the higher ideals of the Francis Report.

In case you wonder why the metaphor is of a boys’ school when very nearly half of MPs are women - it’s because poor behaviour in the chamber is overwhelmingly the province of men.

This Parliamentary ‘school class’ is new and so are half the ‘teachers’. Parliament began in November and because of summer and Covid-19 it’s only a few weeks old.

The Speaker is an experienced presiding officer, but two of his three junior speakers are brand new. The new ‘teachers’ are the assistant speakers Jenny Salesa (Labour), and Jacqui Dean (National).

One of those new assistants had a rough time in the classroom on Tuesday; rough enough that the Speaker strongly reminded all MPs of the rules on Wednesday.

You can watch Trevor Mallard’s ruling in the video above. It’s about points of order (appeals to the Speaker by MPs), and rulings (the decisions a speaker makes); especially about what is allowed and what is very much not allowed.

“A point of order… is not a means to clarify matters, to seek guidance, to ask questions, or to dispute a ruling given by a presiding officer…  Once a point of order has been decided, comment on it is not allowed …, a decision by the Chair is final, and any attempt to subvert it or to bring it into question is out of order. To continue to do so is highly disorderly.” - Speaker Trevor Mallard

These are not new rules. But anyone watching Parliament on Tuesday might have thought so.

On Tuesday the new Assistant Speaker Jenny Salesa was subjected to an extended barrage of points of order from four senior, male, National Party MPs: Gerry Brownlee, Simon Bridges, David Bennett and Chris Bishop. It starts two minutes into the video below.

The tag-team fusillade was seven minutes long but I’ll excerpt it below. In short the infractions included MPs failing to sit when told to, and MPs talking over the chair. They contradicted her, implied she was incompetent, even tried to gaslight her over the rules. They promised they were raising a fresh point of order only to re-raise the same one over and over again. Among the points of order were these:

“Point of order. Madam Chair, I think it would be helpful if you were to quote the Standing Order that reaches a conclusion like that.” - Gerry Brownlee

“To simply say, "No, it's been ruled. It's in Standing Orders, therefore we progress."—that is as bad as the intentions of this bill in itself...”  - Gerry Brownlee

“If you had made a ruling, you'd understand what you're talking about,…” - David Bennett

“No, no, that's not a ruling, that's a procedural decision… ...it's pretty, bluntly, insulting to be told that they're frivolous amendments… .” - Gerry Brownlee

It got out of hand enough that even the cool-as-ice clerk at the Table could be heard exclaiming in response on occasions.

The rules of Parliament are pretty clear. Speaker’s rulings are final (and yes, decisions are called rulings). Their instructions are absolute. MPs aren't allowed to argue the toss and trying to do might get you punished. Persisting might get you tossed out for ‘highly disorderly conduct’.

Getting sent out might be considered lenient if MPs talk back, disobey or insult the presiding officer. ‘Grossly disorderly’ conduct will get MPs ‘named’ with their pay docked.

How did it end on Tuesday? No-one was sent out by the chair. The MPs did not get the outcome changed as they demanded. Debate eventually moved on. The following day the Speaker issued his ruling.

The appropriate dividing line is an issue that last years’ Francis Report into the workplace culture of Parliament tussled with and asked MPs about. I’ll leave the last words to her (and to them).

An excerpt from the Francis Report:

Many of those who contributed to this Review drew a direct link between the culture and behaviours within the parliamentary workplace and the healthy and productive functioning of New Zealand’s democracy during a time of great challenge. As one respondent put it:

“Never has there been a moment in history when we most needed our leaders to engage constructively on the existential and profoundly complex issues that threaten the planet - climate change, nativism and economic inequality being just a few.”

Another said, making a similar point:

“We can only solve gnarly problems by working collectively and respectfully...perhaps it’s time that the extremes of partisanship and negative competition that characterise Parliament and parliamentarians at their worst are replaced by more positive styles of debate and leadership. For that to happen, basic values, behaviours and relationships have to be healthy.”

Naivety, some will say in response. Idealism. “Robustness is the price of entry to Parliament and the way it’s always been,” some Members told me. In the words of one: “only a certain type of person can survive here”.

But perhaps this connection made by respondents is not too long a bow to draw. As one Member put it:

“Just because it’s politics and people are passionate doesn’t mean any of us can behave like arseholes around this place. It’s a privilege to serve here, and the people who put us here expect us to lead and want to respect us as leaders.”