How the government borrows money

Billions of dollars have been announced in packages to tackle the effects of Covid-19, but the government’s revenue is constrained by the amount it can collect in taxes, levies, fees and investments. The House asks Treasury’s Acting Director of Capital Markets Kim Martin what options the government has when it needs more money. 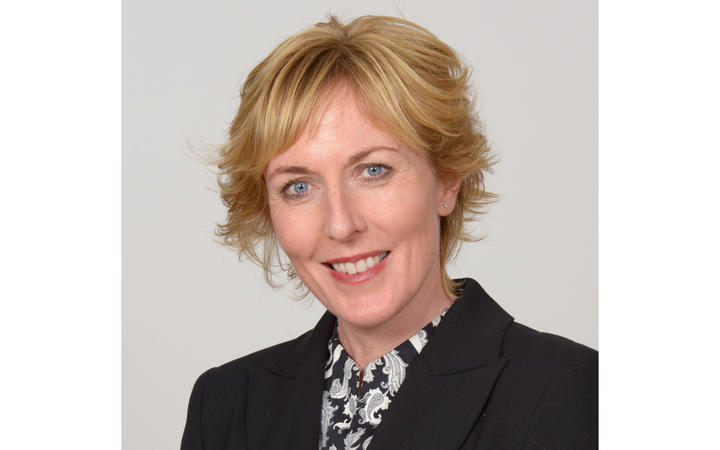 How does the government borrow money?

Most countries have an ongoing borrowing programme that they conduct in financial markets. New Zealand Debt Management, that’s my team within the Treasury, we have responsibility for the Government’s borrowing programme and have done for many years.

Some years the task is much greater as it will be in the year ahead sometimes it’s smaller but we always have an active programme and so most of this borrowing is done through issuing what’s called New Zealand Government Bonds. These are issued in New Zealand dollars and there’s currently around $80 billion of Government bonds that are on issue.

How do bonds work?

They’re actually like issuing an IOU, so there’s a legal contract between the government and the investor, the investor can choose the maturity of the bond, that’s the length of the time that they want to invest for and the investor gets their money back at the end of the period.

Plus they get what’s called a coupon payment at regular intervals along the way. In the case of New Zealand, they get a regular payment twice a year and [you can] think of that coupon payment as the interest rate the investor receives for lending to the government.

Are there interest rates involved and how are they set?

Who are the bonds issued to?

The investors are very broad. We actively seek a very diverse investor base. So half of those bonds are held by New Zealanders and half are held by non-residents.

There are lots of different types of investors: there’s fund managers, insurance companies, central banks of other countries or just regular banks; and it’s possible, if you have a KiwiSaver fund, you might also own some New Zealand Government bonds. There might be a conservative fund or balanced fund and it’s likely that some of that is held in what’s called ‘fixed income assets’, that’s another way of saying bonds. It’s likely that some of those bonds are issued by the New Zealand Government - it’s considered a very safe and low-risk investment.

Who handles the process of issuing bonds?

It’s the responsibility of New Zealand Debt Management so that’s a team and a function within the Treasury. Treasury is the government’s leading economic and financial advisor so they provide non-political advice to the ‘government of the day’ covering key areas of economic and financial issues. One of the key things that the Treasury works on is the annual Budget which takes place in May and that’s where the Government is making decisions about where it wants to expend its money.

Is this the only way the government can borrow money?

It is the most common way amongst other countries. What it means in practical terms: e.g. how do we actually issue these bonds? What we do around the time of the Budget is to figure out how much we need to borrow for the coming year. We don’t do it all in one go, we then spread it out throughout the year and the main way to do this is through issuing bonds via tenders.

This is like an auction that takes place every week on a Thursday afternoon. It’s a compressed online auction which takes place over 30 minutes. We announce the details well in advance and those who want to participate turn up and bid, but you have to be a registered tender counterparty to take part. So we have eight of these and they’re generally a mix of domestic and offshore banks who are registered to take part.

Then they make bids in the auction in multiples of $1 million at a time and then these bonds can be onsold to that wide range of investors mentioned before. So as an individual, you can purchase bonds, you don’t have to buy a million, you can go to a bank or a broker and buy a size of 10,000, which is the minimum, or in multiple of a thousand dollars after that.

What kinds of organisations does the overseas investment come from?

It’s a very wide range of organisations and they are similar in many ways to the ones domestically, so they are professional institutional fund managers, maybe insurance companies who like a safe investment or pension fund very similar to the composition we have domestically and they can be really anywhere in the world, right through Europe, through the Americas, right across Asia and that’s something we actively pursue - to get a very diverse investor base.

Every year we undertake a detailed strategy of engagement with our investors, we try to provide them with all the information they need on New Zealand, our debt market, so they can make really well-informed investment decisions; so normally that means I need to travel quite a bit  but obviously in the current environment I’m making good use of technology.

How does the government pay back this borrowed money?

When the bonds are issued they have a specific maturity so that’s a specific date they have to be paid back so at the moment our shortest maturity is 2021 and then the longest one is 2037. That’s the point at which that particular bond needs to be repaid so we start ahead of that to build up the funds to repay that bond. If the government at that time is a position where it’s accumulating money, it’s running what’s called an operating surplus, they can use that money to pay back the bond and it’s ‘cancelled’ you would say. But if it needs to borrow some more money, at the time it matures you would issue another bond of a similar amount to roll over the borrowing.

Is this what MPs are talking about when they refer to ‘debt inherited’ by a previous government?

New Zealand always has a borrowing programme over many many years. If you look over the past 20 years, there’s always been borrowing so any government could inherit debt, but the amount we borrow each year does vary so over the past 20 years the lowest annual number has been around $2b and then sometimes it’s quite a bit larger than that.

Is there a penalty for not paying back your investors?

However, some sovereigns globally have been in that situation where they’ve had to default on their debt or they can’t make their payments and they have a number of options at that point. They can try to negotiate to repay the debt on different terms, for example, spread it over a longer period or they might have to say ‘we cannot pay it back’ and that makes it difficult in the future for them to go and borrow again. That trust has been undermined and that could result in them not being able to access that bond market and they might need to seek help from an international organisation like the International Monetary Fund.

How does the transfer of money take place? Is it similar to transactions where you pay a friend back for shouting a dinner?

When the institutions have taken part in the tender there are some transactions behind the scenes and then the money is essential “settled’ and at that point the exchange takes place between the actual funds and the investor gets the bond and as you’d expect nowadays that takes place entirely electronically and there’s no transfer of any kind of paper at that point.

It’s interesting if you look at history, why is it called a bond? Historically it was a paper certificate that was presented to the investor and the coupons were tear-off strips with the date for each payment which you would take to the bank to collect your interest payment. At the end, you would take your bond certificate and that was proof of your ownership.

Is it an aim to be out of debt?

That is a decision for a government to take. We don’t advise a government on the right level of debt. More broadly though if you look around the world most governments do have a borrowing programme. One reason it’s quite important to have a borrowing programme even in years where you may not need a lot of extra funds, is that it’s important that it still remains really well functioning so those investors are still aware, they’re well informed. Those banks are still engaged because of course circumstances can change and even though this year you don’t need to borrow very much money. As we’ve seen with the current Covid-19 situation, that could not have been predicted and you want to know that when these situations come along you’ve got the plumbing in place to utilise it when needed.