The youngest MP in the current Parliament is 23, and the oldest is 72 for an average age of about 48.

This week the House acknowledged a journalist who has covered politics for longer than the majority of current MPs have been alive. 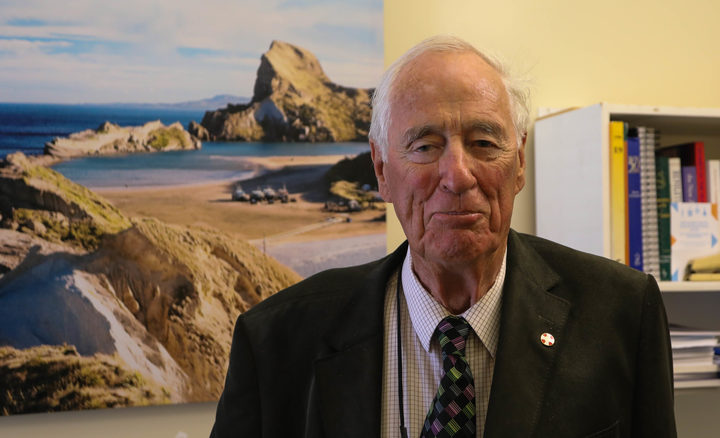 Ian Templeton on his last day at Parliament after 60 years as a journalist Photo: VNP / Phil Smith

Ian Templeton, OBE, CMZN has been a journalist for 60 years, stretching back far enough to have covered the 1951 Waterfront Strike. He also covered the Mount Erebus disaster and the Wahine sinking, but mostly he covered politics.

Ian Templeton was accorded the signal honour of hearing the House praise his career from within the Chamber. He sat on the bench on the Speaker’s left, a place traditionally occupied by former MPs and foreign dignitaries.