”Ko taku tokotoko, ko te Kohanga Reo”
My walking stick carries me, as does Kohanga Reo that also carries me
The whakatauki is explained by Parekura Horomia (nō Ngāti Porou).

On Monday 24 July 2011 the National Kohanga Trust and tamariki from kohanga reo from around the country braved arctic temperatures to walk from Parliament to the Waitangi Tribunal. Justine talks to a few of the whanau supporters. 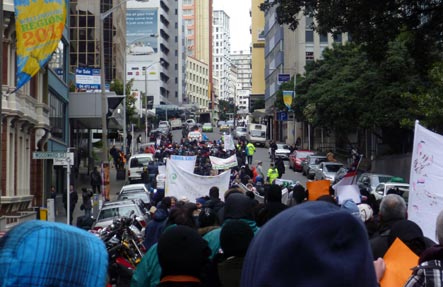 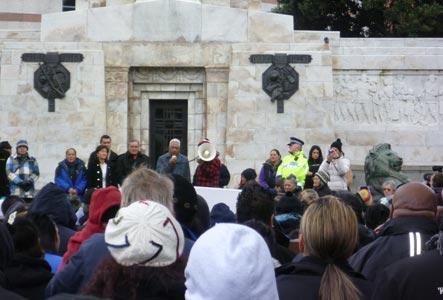 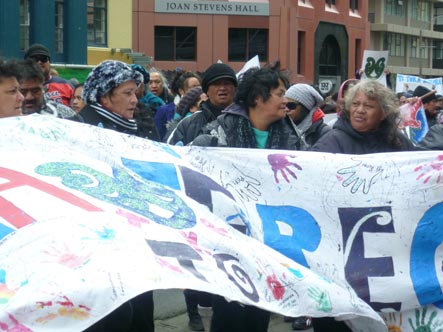 At a time when the future of kohanga reo is in the news, we continue our tribute to Dame Katerina Te Heikoko Mataira (1932-2011) with a kōrero she gave in 1982 at the Tu Tangata Whakatauira hui in Wellington. Speaking fluently both in Māori and English, she discusses the development of kohanga reo in the future.

What does an a capella quartet have in common with a movie about a secret service agency of alien hunters? Is it the sharp black suits that Matt Gifford, brothers Jeff and Will Hunkin and Marcellus Washburn wear during their performances, or the initials MIB? Or both? Fresh from their success at the 2011 International Barbershop Quartet Contest in America (where they were placed second) The Musical Island Boys debut on Te Ahi Kaa with their rendition of Māori classic Po Atarau.