Left jandals for sale on TradeMe

The man behind an unusual online auction says he started it after he kept breaking one jandal and largely for his own entertainment. 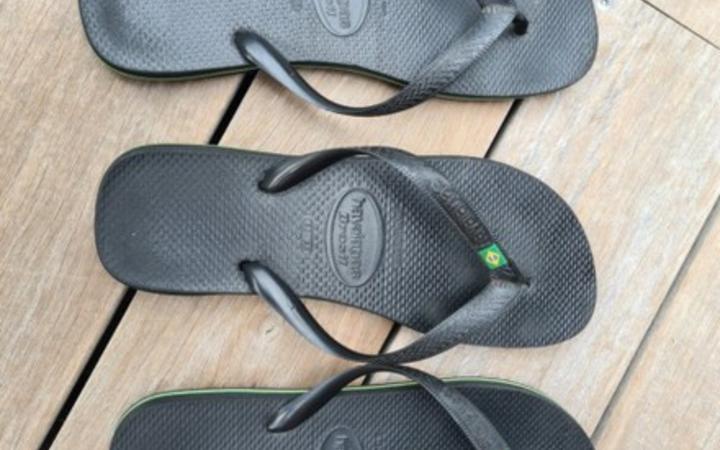 The three left-footed jandals on auction. Photo: Trade Me

Greg Clark's "three left footed jandals looking for a match" sold for $190 on TradeMe this morning.

He told Summer Times it was the first auction that he had ever run on TradeMe and explained why he did it.

"Well I've sort of been through an experience where I've blown my right jandal at the start of the last three summers, so I thought largely for my own entertainment I'd try and sell the 'lefts' that I was keeping in the hope that they might one day be useful."

Clark said initially it was only his mates that commented on the auction, but then more and more people became interested and started asking random questions, including one of his favourites.

"That I needed to turn the boost down on my right jandal and start to look for some sort of other modulator for the left jandal."

Clark said the auction ended up getting about 75,000 views with people asking about 140 questions.

He said he plans spending the money with a social club he is part of.