Smart Talk At The Auckland Museum: Immigration an asset to NZ if supported well

"Nothing is less convincing than a New Zealander looking up from a butter chicken pie made by a Cambodian baker, complaining about immigration” 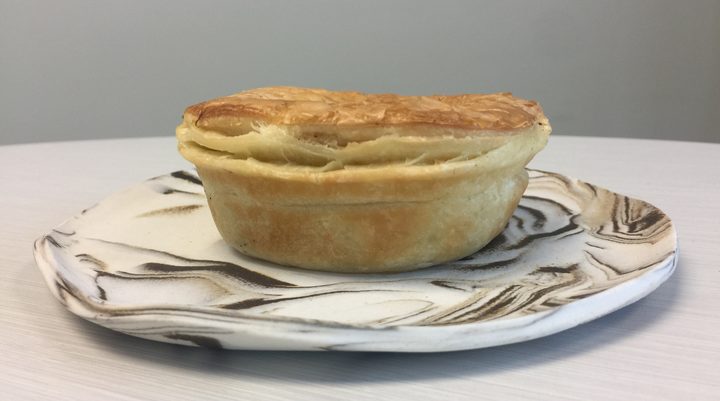 The first edition in the 2017 series Smart Talk from the Auckland Museum explores the topic of immigration.

Chaired by Noelle McCarthy and featuring writer and broadcaster Ali Ikram, researcher and Maori spokesperson for the Migrants and Refugee Rights Campaign Dr Arama Rata, filmmaker Roseanne Liang and Massey University’s Professor Paul Spoonley, who is heading a six-year research programme looking at the impacts of immigration and diversity.

Ali Ikram’s father made a calculated decision to train in the United Kingdom because he thought that the medical qualification he would gain there would have greater international currency than a similar one from the University of Punjab in India, where he had been born.

And there was an extra benefit. In the early 1970s, to be applying from the UK for a job in New Zealand greatly boosted your chances of being appointed.

Having heard nothing for a while, he was surprised to get a phone call in which he was told that he had got the job without an interview. ‘When can you come here?’ was the next question.

And that, according to Ikram, was the beginning of the adventure in which his father brought his family to this country.

When they arrived in 1973, they were one of the few Pakistani families in Christchurch. But they were welcomed. “Both my parents were both doctors, they had come to do an important job, and they are still there today a couple of earthquakes later. Nothing is getting them out of that place because they love it so much. They’ve taken it to their hearts.”

Ikram draws a distinction between the way you might be received by the community (as his parents were) and the way that migrants are discussed in politics.

Only a few years after this parents settled here, there was the election “where there were the cartoons with the coloured people arriving on the planes and having biff in the bars.”

The political narrative from the National Party of the time was, he feels, relatively similar to the one we’re enduring at the moment of being ‘at capacity.’

Immigration, he says, is something that polarises people, that attracts a lot of notice. So it gets used at the beginning of a campaign to galvanise voters.

“Politicians are smart enough to know that people don’t pay attention all the three years of an electoral cycle so to get attention you have to start a fire. With a match or canister of petrol and off it goes.”

However, he considers the anti-immigration case to be unsustainable in a New Zealand where migrants contribute to the economy and the society so powerfully, “from the 60% of the doctors who were recruited from overseas in 2010 all the way to the Cambodian bakers who routinely win the great New Zealand pie award, to the Filipinos who it seems that the country can’t do without to milk the cows.”

That, he says, is why we’ve stopped talking about it all of a sudden during this election campaign. And that's how things should be.

"Nothing is less convincing than a New Zealander looking up from a butter chicken pie made by a Cambodian baker, complaining about immigration.”

Irish-born Noelle McCarthy is a broadcaster and writer with over a decade of experience producing and presenting radio, writing for print media and hosting live events.

Her RNZ immigration podcast series Slice of Heaven was made in association with Massey University.

Arama Rata is of Ngāti Maniapoto, Taranaki, and Ngāruahine descent. After completing a PhD in Psychology, she lectured in Māori Studies at Victoria University of Wellington.

Now at the National Institute of Demographic and Economic Analysis, she has research projects into a variety of Māori issues, including attitudes towards immigration and political participation.

Ali Ikram is a writer and broadcaster whose TV credits include Nightline and Campbell Live.

His columns on art have appeared in the NZ Herald, musings on daily life in Fairfax Newspapers and his work has twice been printed in Tell You What: Great NZ Non-Fiction published by Auckland University Press.

Pro Vice-Chancellor of the College of Humanities and Social Sciences at Massey University, Distinguished Professor Paul Spoonley is the author or editor of 27 books, the most recent being Rebooting the Regions.

Leading a research programme on the impacts of immigration and diversity, he is particularly interested in the issues of immigrant settlement and social cohesion. He was made a Fellow of the Royal Society of New Zealand in 2011 and was awarded the Science and Technology Medal by the Royal Society in 2009.

He looked at second-generation immigrant identities while he was a Fulbright Senior Scholar at the University of California Berkeley in 2010, and since 2013, he has been a Visiting Researcher at the Max Planck Institute of Religious and Ethnic Diversity, Gottingen. The Auckland War Memorial Museum made him a Fellow in 2015.

Enjoying the cut and thrust of genre, gender and culture, Roseanne Liang has made acclaimed short films (Take 3 and Do No Harm), a festival-hit documentary (Banana in a Nutshell), the feature film My Wedding and Other Secrets (New Zealand's highest grossing locally-made film of 2011), and the award-winning comedy web-series Flat3 and Friday Night Bites.

When she grows up she wants to be Ang Lee and Kathryn Bigelow and Denis Villeneuve.