Smart Talk at the Auckland Museum: how the relationship between musicians, critics, and fans is changing 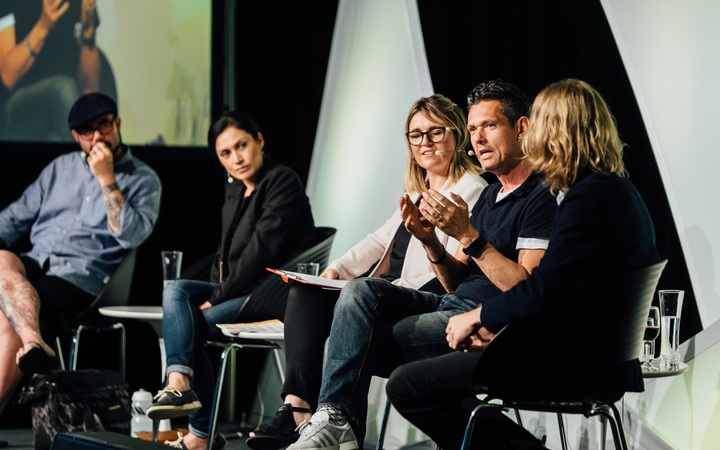 Charlotte Ryan (Moderator) has her finger on the pulse of everything music and culture in New Zealand. She has hosted prominent radio shows on 95bFM, Radio Live and Kiwi FM and worked alongside Paul Henry in the Social Media Bunker on TV3. She was awarded Metro’s Best Auckland Radio Award in 2011. Charlotte has also managed bands, run her own publicity company, and worked for music festivals and touring acts. Today, Charlotte is the host of Air New Zealand’s TV and radio show The Pitch, and works for Neil and Sharon Finn.

Scott Maclachlan is the co-founder and director of Saiko Management, a boutique music management company with offices in Auckland and New York City. Scott was responsible for unearthing and nurturing two of New Zealand’s biggest ever artists – Lorde and Sol3 Mio, the latter whom he continues to manage. His current roster of artists, including Thomston, Parson James and LEISURE, have achieved critical and commercial success on their own terms while setting their sights firmly on global exposure.

Chip Matthews has been on the music landscape for 20 years. Bass player to many, Chip has recorded and/or played with music luminaries such as Che Fu, Opensouls, Anika Moa, Homebrew and more. Additionally, Chip has been a radio host on Auckland’s BaseFM since the station started, and held the breakfast-radio slot for six years up until the end of 2014. On top of that, Chip can be seen DJing around town on a semi-regular basis.

Anna Coddington is known for her songwriting prowess (a four-time Silver Scroll Award finalist), enchanting live performances and a voice which "flows perfectly from soft to grunty". Anna is a regular in the Fly My Pretties collaboration, has performed at Aotearoa’s top music and arts festivals, and has sung her way around the country.

This event was part of LATE at Auckland Museum