Tami Neilson is one sassy dame 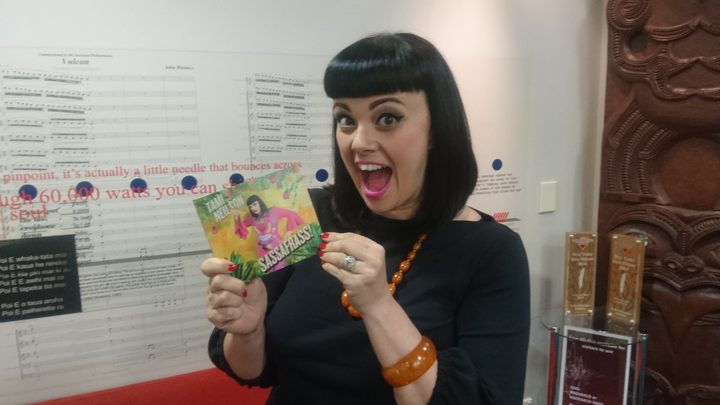 When we spoke together at Christmas time in the summer programme that I hosted, I said we should talk on the radio every six months and we’re actually doing it.

It makes me so happy.

It’s quite fitting cause Queen’s Birthday and we’re both Queen’s baby! (Laughs)

We are, you’re absolutely right, we are both Queens. Although, the theme of the show is we’re loosely working for is dames.

So Dames as in y’know Dame Malvina Major, Dame Valerie Adam but also dame as in that kinda old school “she’s a real dame” sense. I wanted to talk to you cause I feel like that fits you really well.

(Bursts into laughter) I’ll take that as a compliment. My nonni would always called other women dames and I thought that was just so great. She’d sit there with her drink in her hand and be like “oh that dame!”

It sounds so much better in your accent than mine. This new album is sassy as all hell.

Well thank you. I take that as a compliment.

I looked this morning at some of the reviews. People are loving it.

Aw that’s good to hear. Obviously it’s just out, so haven’t had all the reviews yet. Ya never know, you could always get the stink ones and those are the ones that you fixate on.

Rolling Stone said about ‘Stay Outta My Business’ “a crackling, hand-clapping soul vamp that would do Amy Winehouse proud for its swagger and defiant self-reliance”.

You don’t get much better than that eh?

From Rolling Stone! You’ve gotta be pretty happy with that.

I read that Easter morning, I know that traditionally Easter celebrates a different stone that was rolled but that was my Easter highlight; that Rolling Stone. (Laughs)

I have a Spotify playlist called Righteous Anger which is…

(Laughs) I’ve gotta check that out.

It’s amazing. It’s hours of music. It originally started out as a playlist for when your heart is broken and you’re mad about it and you just want music that will make you feel better about it.

It feels very righteous. It feels like you sending a message out into the world that is like “Nah man. This is what it’s like to be a woman in 2018”.

Mmmm. Thank you. Well, that’s exactly what I was trying to get across. Saying “trying to get across” is even too much because it’s just this natural outpouring of where I’m at right now. It was kind of a culmination of some major milestones in the last few years. Losing a parent, becoming a parent, and turning forty. Those are three things that really change your perspective, you reevaluate your priorities . I think that it just makes you realise that life is not forever. Ya gotta hustle, this is the time you’ve got. Life is way too short to live your life under the judgments and criticisms of others.

I turned forty recently as well. The last few years I just don’t care anymore to be frank.

I mean I care what people have expertise in my career or value I judge [have to say]. Random dude on the street, I don’t care what you think. Person who is probably screaming at me on Twitter right now, I probably am not that interested in your opinion.

Ha ha! That’s such a great place to be. It’s a really great place to be, letting that stuff slide off of you. Especially in this day and age of nasty social media trolls. Unless you’re somebody that loves me, that cares about me, that wants what’s best for me then I don’t really need to place any value in a judgment or a criticism of someone that doesn’t really have any of context of who I am. 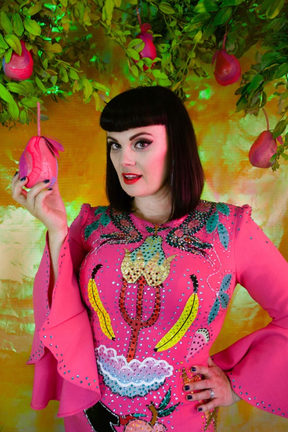 This is a difficult question to ask. Because I’m not asking you about this because you’re woman. Men never get asked this. But you do talk about it on the album and you have talked about it on social media, about being a musician, a professional musician, a touring musician, and being a mother. And how difficult that is, and how everyone is just kind of feeling their way through and trying to do what is right.

Society definitely places a different set of rules on you as a mother than they do on fathers that tour.

I can remember having a baffling conversation. I was on tour across Canada opening for a very well-known male artist. His wife came to one of the early shows. She was saying “So I hear you have two little ones”, and I said “Yeah, yeah I do, and I’m really missing them”. She said “Oh wow. So who’s taking care of them?” Well, their father, y’know (laughs).

At the end of the tour she came to the final show as well. We were chatting and had gotten to know each other a bit more and she goes “Y’know I have to admit something. I really judged you when I first met you. What a horrible mother. How can she leave her children and go away”. And I said “Really? Yet your husband’s done it for thirty years, you don’t think that about him.” And she’s like “No, it’s different. I mean he knows the kids are in good hands. I take care of everything.” I said “Well, I feel the same way about my husband. He’s just as capable.”

It’d be worrying if you didn’t!

Yeah! And she just kind of looked at me and then went “Oh my god, you’re right. You’re right. I just didn’t even…” Flipping it around to be the female going out… it’s so deeply engrained in us.

One of the things that Kirsten Johnstone from Music 101 [mentioned] in her review of Sassafrass! is that there’s songs about your musical heroes Sharon Jones, Glen Campbell and Bobbie Gentry.

Sharon Jones and the Dap Kings were a big inspiration. Y’know I’d always loved her music. I felt really connected with her after I saw the Miss Sharon Jones! documentary about her battle with cancer. She was told she was too fat, too old, and too black to make it in the business, and she didn’t make it until she was fifty. I thought “damn I’ve got ten years. I’m good. I’m good”. So inspiring.

When she passed away I cried and cried. I just felt such a connection with her. And so this song [‘Miss Jones’] I really wanted to capture and pay homage to such a strong amazing woman. I also liked that the name Mr. Jones or Miss Jones is always used kind of as a blanket statement about a male or female. And so ‘Miss Jones’ is a celebration of women [as well as] her in particular.

You’re on tour in Canada, and then you come back and play New Zealand. You are playing some big venues, in Wellington you’re playing the Opera House.

I know, I’m so neeeeervous! Hahahaha!

When Eccles Entertainment, who are the promoters of the tour, said “Y’know I think it’s time. It’s time to jump to that next level”, I kind of lost sleep for a good five months. Ha ha ha ha, I’m really hoping everyone comes out and so far so good. It’s ticking along. Come out please, there’s lots of seats (laughs).

Songs played during the interview: