The complexity of the human brain is astounding. Billions of brain cells or neurons forming circuits, with countless connections sharing information. This allows us to perceive the world around us, form complex thoughts, respond and move.

But it also makes it difficult for us to fully understand how the brain will react when things go wrong, or when situations change. 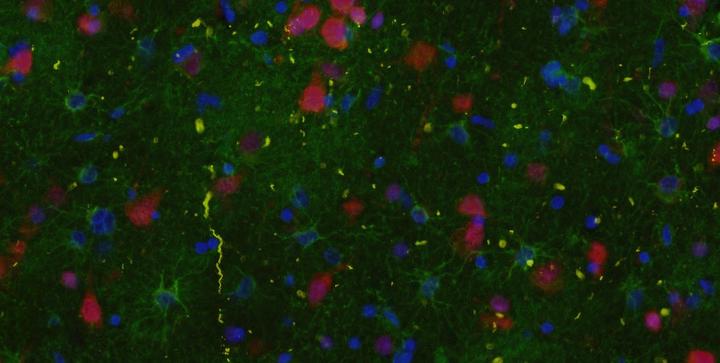 Dr Victor Dieriks starts each day with the sound of the tissue culture hood alarm going off. This specialised enclosed bench has an air flow system that is constantly on, designed to keep the bench area as sterile as possible.

A Sir Charles Hercus Senior Research Fellow at the Centre for Brain Research in the University of Auckland, Dr Dieriks' daily routine includes changing the media of the dishes containing the cells he is working with, making sure they keep growing until he is ready to do experiments with them.

He works with a type of human brain cell called pericytes, grown from Parkinson’s diseased brains that have been donated to the Neurological Foundation Human Brain Bank.

Dr Dieriks is investigating the protein clumps that are found within brain cells in Parkinson’s disease sufferers. These clumps are made up of a protein called alpha-synuclein, which under normal circumstances has a role in helping neurons communicate with one another. But when certain environmental factors trigger this protein to form clumps, it can lead to problems. 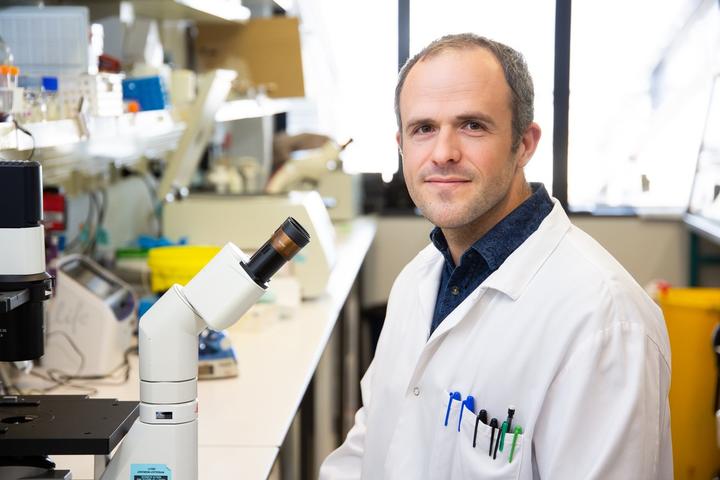 The alpha-synuclein clumps are toxic to brain cells. Over time the clumps accumulate, exceeding the repair capacity of the brain, causing neurons to die. The clumps also spread throughout the brain, and when specific neurons in a part of the brain called the substania nigra start to die off this leads to the movement dysfunction characteristic of Parkinson’s disease. How fast this progresses and what the specific symptoms are varies from patient to patient.

To add further complexity, the clumps can form different shapes to which the cells react differently, and which seems to result in these differences in symptoms and disease progression.

Dr Dieriks would like to identify proteins within the cell that help ‘unclump’ the alpha-synuclein. The brain is constantly fighting back, so these proteins do exist. To do this, he introduced differently shaped alpha-synuclein clumps into brain cells and then took a snapshot of which genes were activated in these cells. Activated genes get made into proteins, so if the cell is producing them in response to these clumps, it is likely that they are involved in some way.

Now that Dr Dieriks has a set of interesting proteins to investigate, he wants to figure out exactly what their role is, both in the brain cells he has in a dish but also within the complex architecture of the brain tissue.

Worldwide Parkinson’s disease affects over 10 million people. In New Zealand there are approximately 11,000 sufferers. The goal, Dr Dieriks says, is not to cure the disease, but to slow it down. He hopes to figure out a way to help the unclumping mechanism so that patients get more time with only mild symptoms, improving the quality of life for each patient.

Dr Victor Dieriks' work is supported through a Sir Charles Hercus Fellowship from Health Research Council, Ian and Sue Parton, and the Neurological Foundation. He also relies on the generous brain donations to the New Zealand Human Brain Bank and the Hugh Green BioBank for facilitating the human brain cultures.

All covered up: Reading facial expressions and emotions in a pandemic world

With the threat of Covid-19 and lockdowns all over the world, and now with Delta on our shores, the use of masks is not only commonplace, but has become increasingly compulsory. 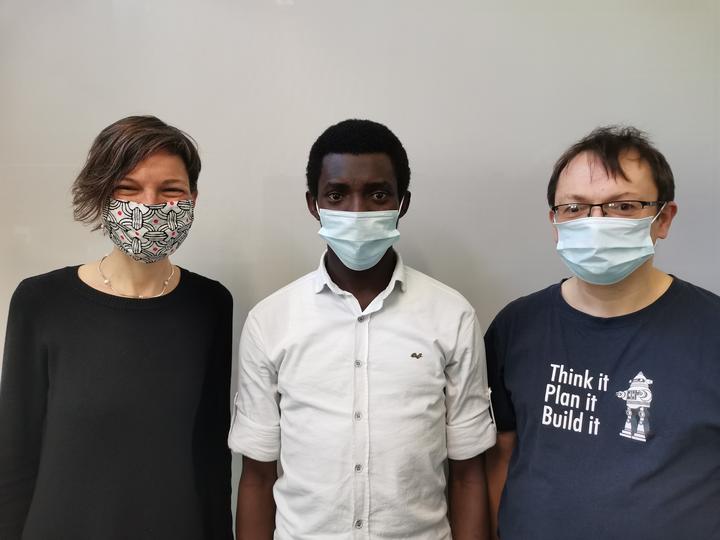 PhD student Harisu Abdullahi Shehu from Victoria University is doing research into facial expressions and emotion detection, and the impact of facial masks and coverings.

"What we're looking at is the intensity of emotion," says Shehu.

As part of his research, he sent out a survey to participants around the world, all from different cultural backgrounds. What he discovered is that facial emotions weren’t easily detected while the face was covered.

In the survey, Shehu included several levels - the six basic expressions - anger, disgust, fear, neutral, sad and surprise. Each participant had one guess at the emotion on the faces provided.

"Someone got back to me saying that they saw one expression as happiness, but it also wasn’t detected on any of the levels I provided," he says.

The reasons for this are due to the cultural variations. Those from diverse cultural backgrounds may also express these categories of emotions differently, which means there is no consistency in terms of the human ability to detect or read the emotion of another person.

With a mask on this becomes increasingly difficult.

“We just assume that if you see the mouth is wide and the cheek is pulled that this is happiness. But this is just an assumption based on the literature,” he says.

The challenge for human beings is that speech and body language are also important when it comes to how we not only express our emotions, but also in how we interpret them.

As part of this research, Shehu is currently developing an algorithm that pays attention only to the uncovered regions of the face.

In this case, there will be more of a focus on the eyes if an individual is wearing a face mask, or the attention will be focused on the lower part of the face - the nose, mouth and cheeks, if a person is wearing sunglasses. 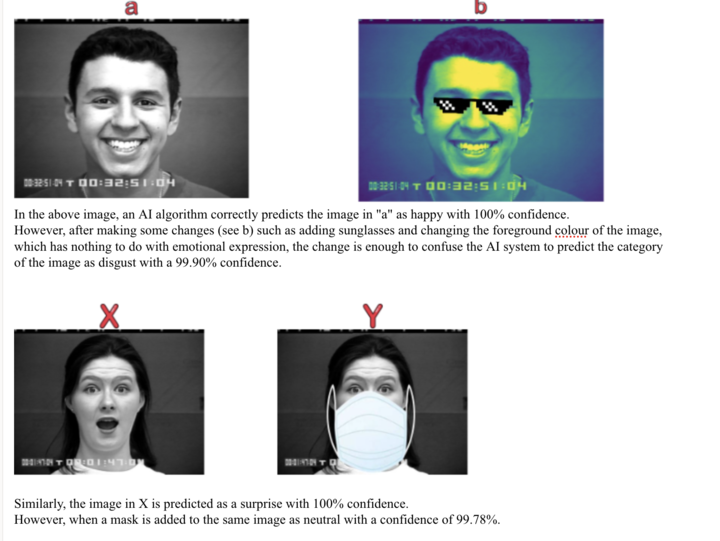 But why is it important for AI to detect emotions and read them accurately in the first place?

While the use of robots is not commonplace in New Zealand, apart from use in airports for international travel and facial recognition on iPhones, in places like Japan, robots are installed in airports to assist customers with directions. There are also robots in retail stores and hotels.

“The robots need to understand people’s emotions for them to react in an intuitive way to enhance a customer experience,” says Shehu.

He says this is particularly important in light of Covid-19. If robots become integrated into hospitals and care homes, they can assist patients without the virus being transmitted.