A team of Australian and New Zealand fossil hunters on a National Geographic expedition spent weeks scouring sites in Marlborough and on the Chatham Islands for remnants of prehistoric polar forests. They returned with big fossil-bearing boulders that tell a story of lush vegetation and warm climates, almost a hundred million years ago. 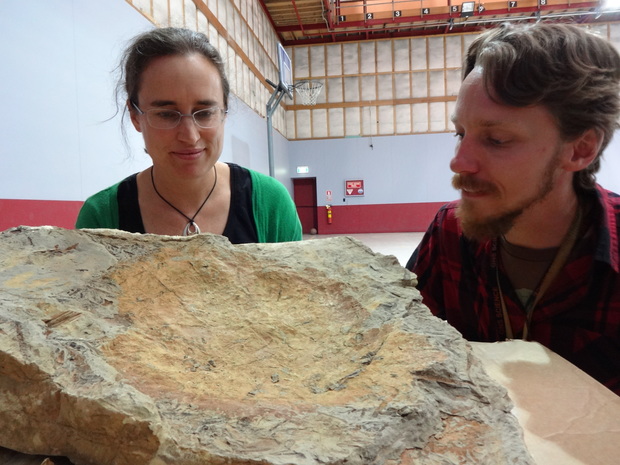 Millions of years ago, Antarctica was not the barren whiteness we know today. Instead, the continent was cloaked in thriving forests, whose fossilised remains are now buried in rocks beneath the ice.

But to get a glimpse of these prehistoric polar forests in the fossil record, one only needs to travel back in geology far enough to a time when Antarctica, New Zealand and Australia were all still part of the southern supercontinent Gondwana.

Expedition leader Chris Mays, a palaeontologist at Monash University in Melbourne, says the sites the team visited in New Zealand are treasure troves of fossil remains of ancient polar forests from a time when dinosaurs roamed the world. 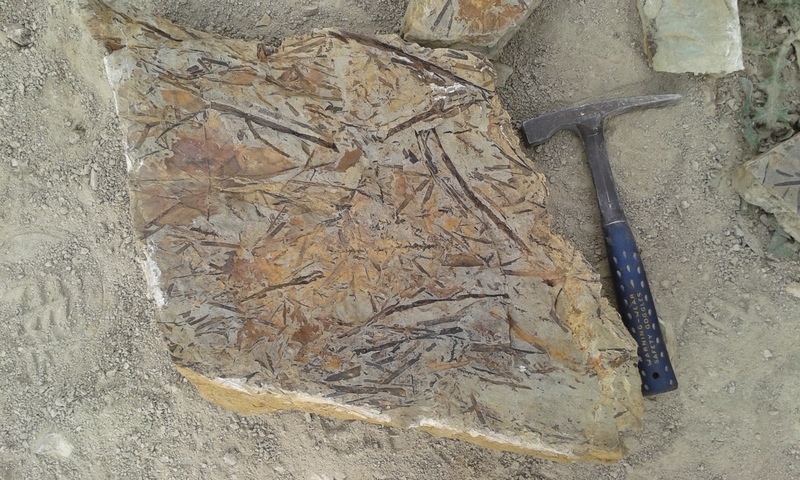 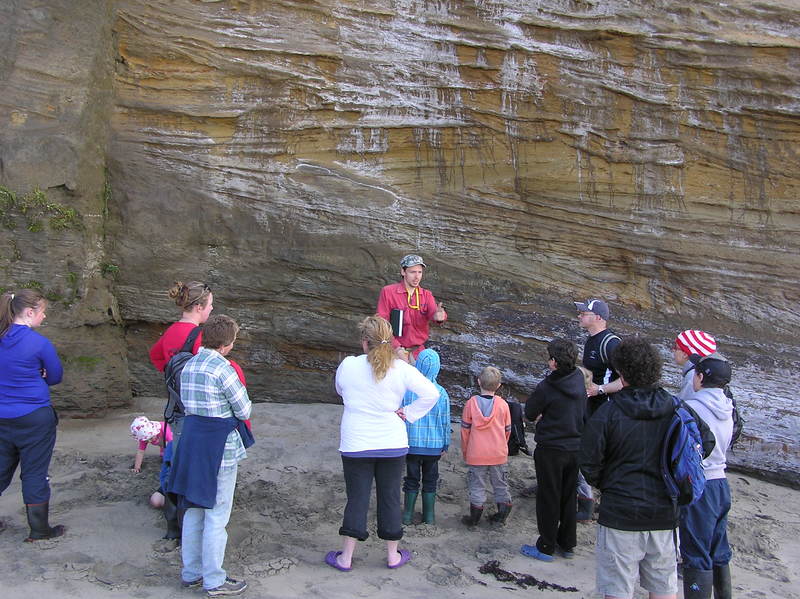 Palaeontologist Chris Mays takes some time off from fossil hunting to teach the kids of Pitt Island, Chatham Islands, about the rocks and fossils lying under their feet. Image: Cameron McKenzie / courtesy National Geographic 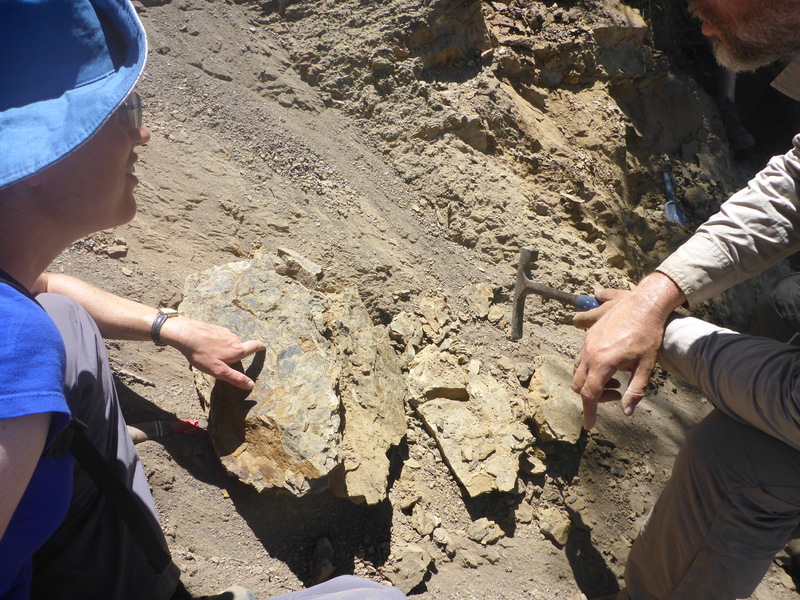 Palaeobotanists Liz Kennedy and David Cantrill discuss some of the most recently exposed plant fossils from an outcrop along the Clarence River bank. Image: Chris Mays / courtesy National Geographic 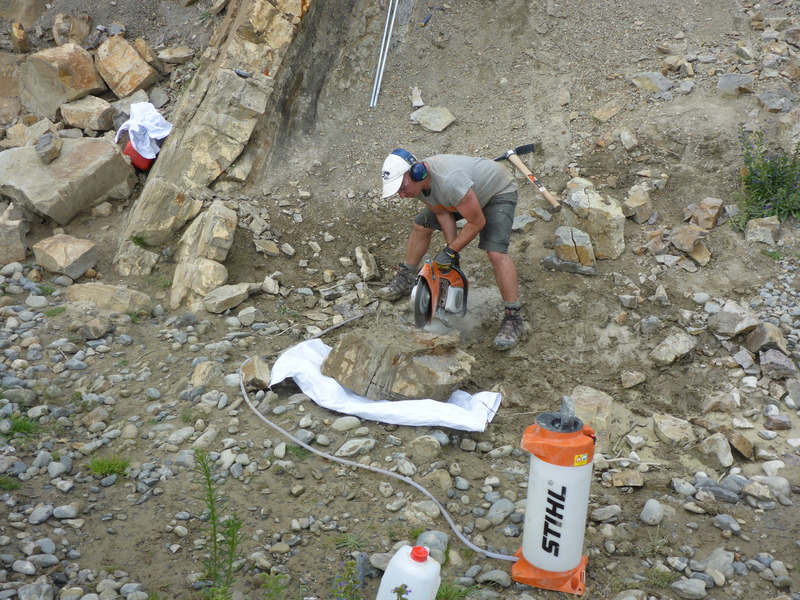 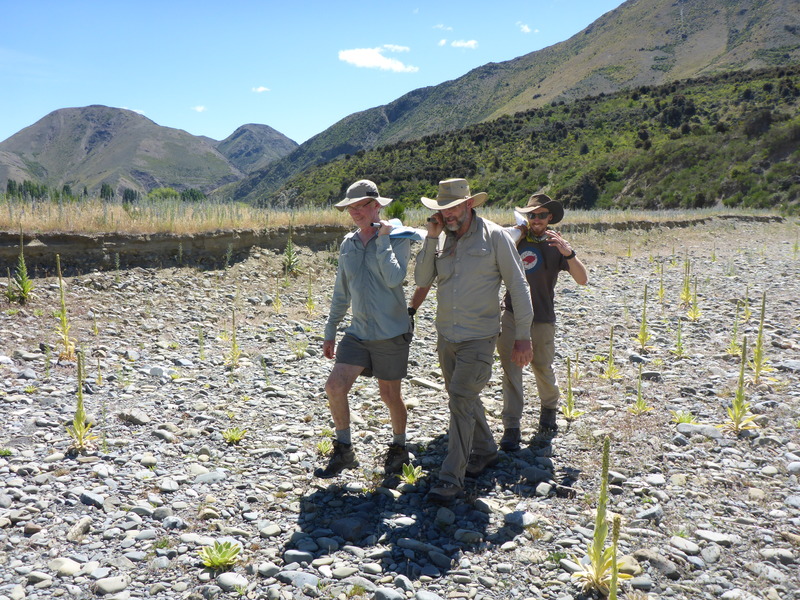 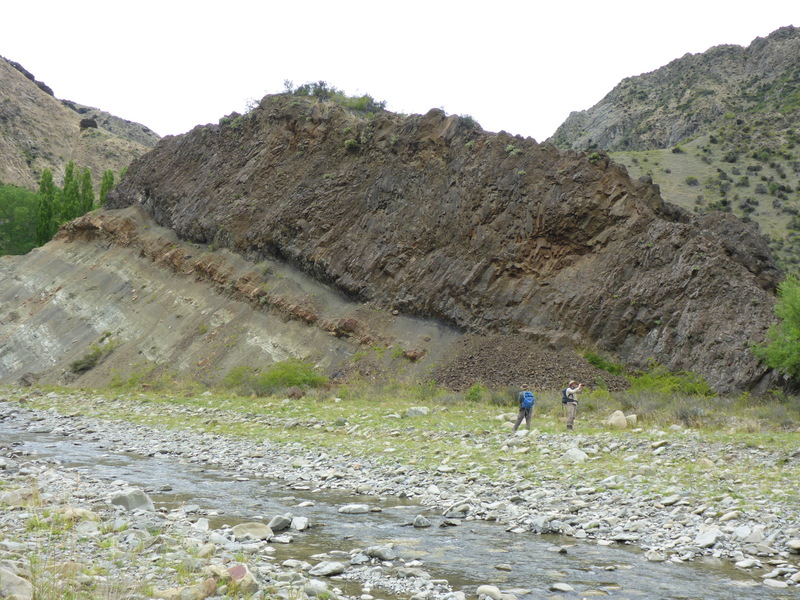 The team returned with several large boulders bearing fossilised leaves and stems of trees that are more than 90 million years old. On the Chathams, they found what Chris Mays describes as the mother lode – a “whole surface of a forest floor still preserved”.

You can see the spacing of the trees, he says, in a densely packed forest, with some stumps that still show well preserved tree rings.

The fossil-bearing boulders have been shipped to Melbourne for further study, but a first examination reveals different species of conifer, today represented by kauri, some early flowering plants and ferns. Then, there are the “weird characters”, such as seed ferns which are now completely extinct and the ginkgo which is no longer represented in New Zealand or Australia today.

“But in Gondwanan times we had ginkgos scattered all the way across the Southern Hemisphere and they were a pretty important component of the forest at the time. But then, somewhere between now and 90 million years ago, they petered out completely. They just vanished, they were completed squished out of their ecological niches by some other things, probably by the flowering plants that came in and dominated their ecological position.”

At 93 million years, the fossils from the Chathams are a little younger than the 97-million-year-old plants the team found in the Clarence Valley, in Marlborough.

The Chathams are some 800 kilometres east of Christchurch, but at the time, there was land all the way between the mainland and the Chathams, covered in sprawling forests that ran right across the Zealandia landmass. 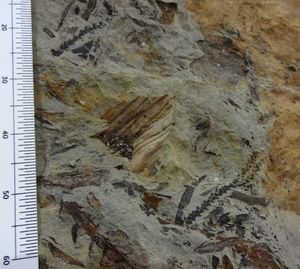 These plant fossils have not been exposed to sunlight for 97 million years. Photo: Veronika Meduna / RNZ

“The Clarence valley still has the ginkgos and seed ferns but by the time we come to the Chathams, they are all gone. That’s an important transition in the evolutionary history of plants as they change from the old, what are now extinct plants, into the modern flora where you have the domination of angiosperms, or flowering plants.”

GNS Science palaeobotanist Liz Kennedy says it is difficult to get a window on the world of these polar forests.

“The Clarence flora is unique in New Zealand. It’s the only leaf flora that we have of this age and the only one that has flowering plants in it.”

The fossils will now be analysed further to study any pollen and the isotope ratios of carbon and oxygen to determine what the climate was like at the time.

“We’re looking at carbon dioxide concentrations at four to five times those of today, so these fossil sites are important and have a global story to tell,” says Chris Mays.