“The project is to find new ways of luring pest animals into traps.”
Wayne Linklater, Victoria University of Wellington 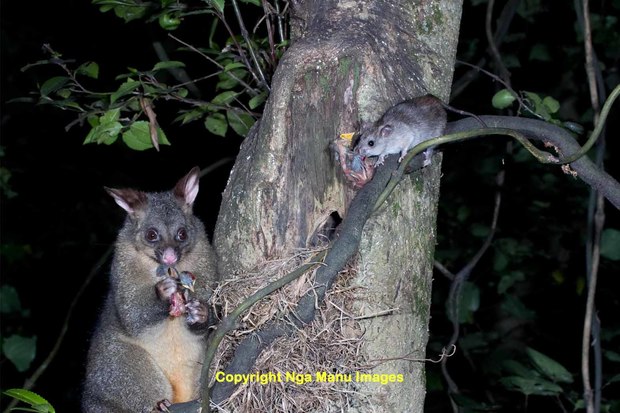 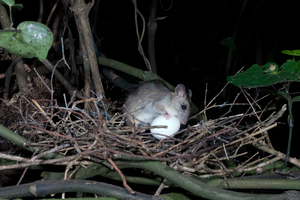 Significant process has already been made in developing self resetting traps, each capable of killing more than a dozen animals before they need to be recharged. Now, a multi-disciplinary team of biologists and chemists at Victoria University of Wellington have pooled their expertise to try and come up with a new generation of animal super lures.

They are hoping to identify particular pheromones that could be synthetically produced to create long-lasting lures for ship rats and possums that would work with the resetting traps, such as those developed by the Goodnature company. These traps are designed to be permanently set, ready to fire, but current food-based lures, such as peanut butter, oxidise and lose their attractiveness within a few days.

“We’ve used [food] because it appears to work. [Until now] we haven’t really evaluated it against alternatives,” says biologist Wayne Linklater.

Wayne says they are basing their research on analysing and using pheromones that animals use to ‘talk’ with one another.

“Animals communicate in all sorts of ways. The signals we’re very interested in are those that animals make to potential mates and potential competitors,” says Wayne. “They’re the ‘come and find me’ or ‘I’m here – let me know where you are’ sort of signals … and the signals we’re most interested are in urine.”

Wayne says these are the sorts of animal signals used in mate choice, or competing over space and resources, but that the project doesn’t need to understand exactly what these signals might mean to an animal – they just need to know whether or not a chemical works to attract animals to a location.

The chemistry of urine

New technology and the ability to precisely determine the chemicals involved have made the project possible, and are where Robert Keyzers comes into the picture. He is a chemist with a background in analysing volatile compounds, using gas chromatography mass spectrometry (GCMS), which he describes as a glorified still.

“Urine is a very complicated mixture of all sorts of metabolites and break-down products. And trying to identify and highlight what’s in that horrible mixture and then distil it down into something useful is where I come in.” says Rob.

“We take urine from different males and females, measure the chemicals within them and then compare that against the attractiveness of that urine.”

The team assesses hundreds of compounds, but often only half a dozen or so of these will turn out to be possibly useful and worth following up on. 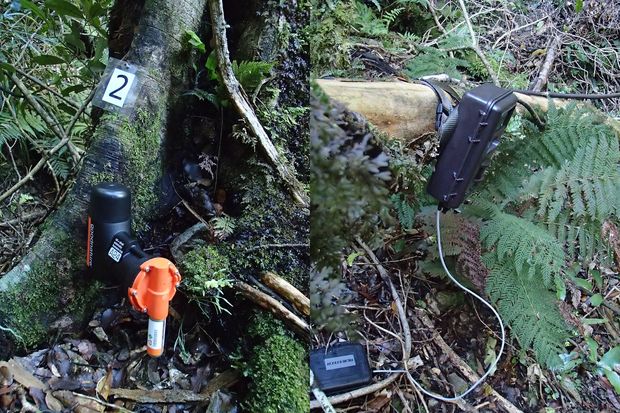 There have been a number of stages to the project. Rats and possums in captivity have been offered various urines to see what they find attractive and interesting.

Christine Stockum has been running field trials in which various urine samples from male and female rats and possums have been placed at traps in the forest to see how animals react. Infrared trail cameras filmed the encounters between animals and the traps, for later analysis.

Results from the chemical analyses and the field trials are then statistically analysed to see if one or two of the potential compounds are worth following up on.

Wayne says it doesn’t matter if their lures don’t immediately result in an animal triggering a trap.

“We’re in the business of getting an animal to a trap to begin with,” says Wayne. “We’re expecting the lures we are developing to be combined with something the animal wants to manipulate, which is what will trigger the trap.”

The research is currently funded by a $1.1-million Stage 2 Smart Ideas research grant from the Ministry of Business, Innovation and Employment.

RNZ has featured a number of stories like this, relating to the idea of a Predator Free New Zealand – you can find them (from most recent back in time) by using the search function at the top of this web page. 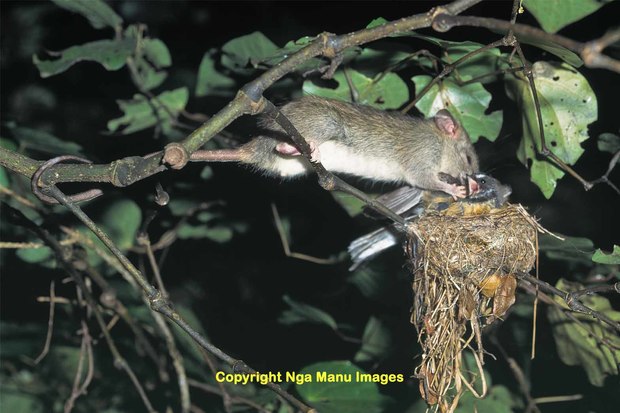 Every night in forests around New Zealand ship rats kill and eat tens of thousands of native birds, such as this fantail. Scientists are developing smart lures based on rat urine that they hope will improve the ability of resetting traps to kill predatory rats. Photo: CC BY NC 3.0 NZ Nga Manu Images