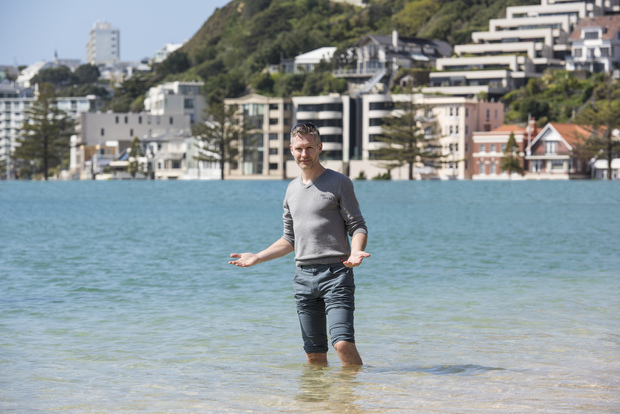 An international team, led by Victoria University researcher Nick Golledge, published results in Nature which show that only the most ambitious effort to curb emissions will stop Antarctica’s ice shelves from collapsing.

While melting ice shelves don’t contribute directly to rising sea levels because they float on the surface of the ocean, they play a crucial role in keeping the polar ice cap in place by acting as a break on the ice sheet.

Dr Golledge says the team’s research shows that a warming of 2°C or more locks in the disintegration of ice shelves, which in turn exposes the ice sheets to a warming ocean and precipitates melting.

He says Antarctica’s contribution to future sea levels could be as much as 40 centimetres by the end of this century – and, combined with the impact of an expanding ocean and the melting of Greenland’s ice and land-based glaciers, this could lift sea levels by 1.5 metres by 2100. 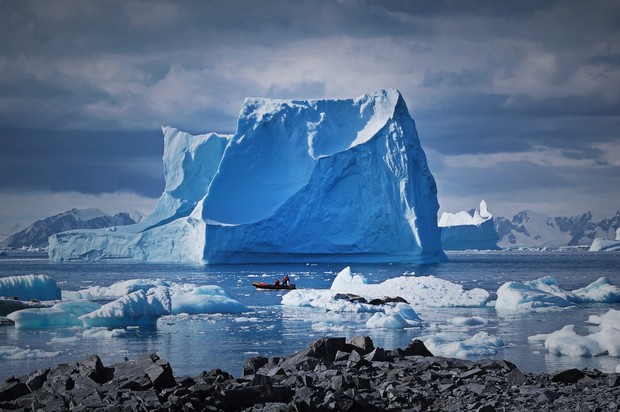 Icebergs grounded near Adelaide Island, Antarctica Peninsula. The peninsula is one of the most rapidly warming parts of the continent. By the end of this century, Antarctica could contribute up to 40 centimetres to sea level rise. Photo: Nick Golledge

The team used a state-of-the-art model to simulate Antarctica’s ice sheets under different scenarios, from a business-as-usual situation of unchecked emissions to an ambitious effort to start reducing emissions from 2020 onwards. The latter scenario would keep average temperatures below 2°C above pre-industrial levels, but unmitigated climate change would warm the world by almost 5°C by 2100, and by 8-10°C by 2300.

The oceans play a critical role in Antarctica’s melting, Dr Golledge says. “Water holds a lot more heat energy than air and over the years that we’ve now had global warming, most of the heat, 93 per cent, has gone into the oceans. That heat is now very hard to get rid of.”

The warming oceans have the potential to melt the floating ice shelves from below and to destroy their buttressing effect on the ice sheets.

The Ross Ice Shelf is the world’s largest floating slab of ice and a key part of the Antarctic system. Dr Golledge says a determined effort to reduce emissions would maintain the ice shelf at more or less its present state. “The problem comes under higher emissions scenarios where we start to lose part of that ice shelf. Under the most extreme scenario we considered [in the model] we lose the entire ice shelf within the next century and that has pretty dire consequences for the ice sheet.” 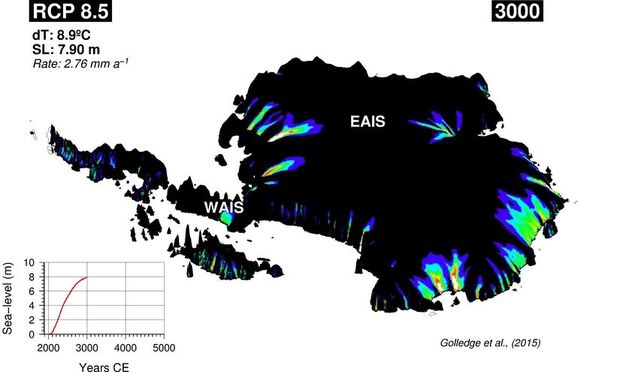 He says the only way to keep Antarctica’s ice shelves is not to lose them in the first place.

The study of Antarctica’s contribution to future sea levels is a fast-moving area of research, but both modelling and observations in the field are suggesting that it will be significant and long-lasting unless greenhouse gas emissions are curbed soon.

“The reality is that what we’re doing now in terms of greenhouse gas emissions is essentially setting up the climate for warming that will persist for centuries and probably millennia. The thing about ice sheets is that they respond to long-term changes like this and it’s very hard to reverse that change.”

Dr Gollege says if emissions of carbon dioxide and other greenhouse gases are successfully reduced from 2020, temperatures could be maintained as they are now. But because carbon dioxide remains in the atmosphere for a very long time, ongoing emissions will continue the warming effect. “The ice sheets will start absorbing all that heat and once you’ve made the ice warmer, it’s softer and flows faster, and it’s very hard to get that heat out again.”

He says, to avoid the loss of Antarctic ice shelves, and an associated commitment to many metres of sea-level rise, the study shows atmospheric warming needs to be kept below 2°C. “Beyond that we’re going to be in a territory of propagating changes that we can’t really reverse.”