Salt, Blood Pressure and the Brain 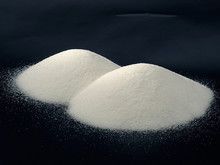 A high intake of dietary salt is know to cause high blood pressure - but the mechanism of 'how' is not well known Photo: CC BY 2.0 Dubravko Soric

The link between salt and high blood pressure is well known, but until now scientists haven’t understood how high salt intake leads to hypertension. Now a large international study of rat brains, published in the journal Neuron, has shown that lots of salt causes changes in key brain circuits.

The University of Otago's Colin Brown says that he and then-PhD student Su Young Han were involved in a part of the study that showed that in an animal model “eating just salt and nothing else … [will cause] blood pressure to increase. And that increase is caused by changes in the brain that changes the secretion of a hormone called vasopressin and causes blood vessels to contract. Those [vasopressin] cells stop responding to the change of blood pressure the way they should, and that was our contribution to the study.”

Su carried out the experiment, and she looked at vasopressin cells in the brains of rats that had been drinking salty water for a week. She found that vasopressin activity was much higher than normal. She says that normally vasopressin cells lower their activity when there is a brief increase in blood pressure, but in the salt-loaded rats there was no such response.

“Consumption of chronic salt somehow changes how the vasopressin neuron responds to an increase in blood pressure” says Su.

Colin says that this work, combined with that of the Canadian researchers at McGill Faculty of Medicine showed that there’s a break in the normal feedback regulation that causes the inappropriate secretion of vasopressin. To date this finding applies only to rats.

While Su points out that vasopressin isn’t implicated in all cases of human high blood pressure, Colin says that nevertheless this work might open up the possibility of revisiting vasopressin receptor antagonists as a method for control of high blood pressure in people who don’t respond well to current drug treatments.