A small council north of Wellington leads they way in climate change mitigation by cutting its greenhouse gas emissions by half, in just three years, and saving money along the way. 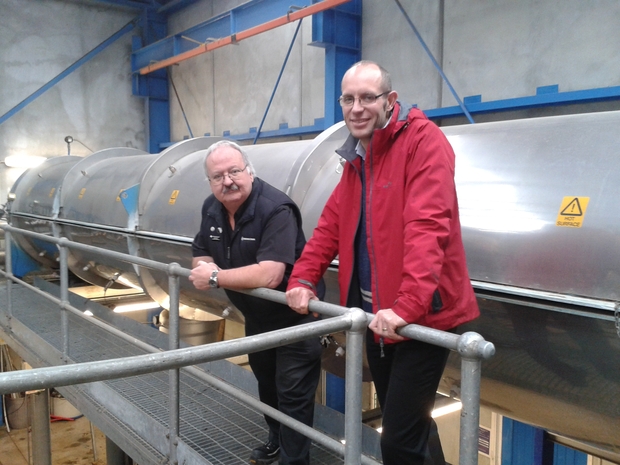 By putting a transparent sun roof on the new local swimming pool, switching to LED street lights, deploying a prototype electric rubbish truck and switching to renewable wood energy at the waste water treatment plant, the Kapiti Coast District Council has cut its carbon emissions by 12,000 tonnes per year and is saving $330,000 (at current diesel prizes) each year. But the council’s advisor on climate change and energy, Jake Roos, says that is only part of the way towards the ultimate goal.

'Our goal is to cut the council’s greenhouse gas emissions by 80 per cent by 2022, and we have an interim target of achieving a 45 per cent reduction. We’re on track because we’ve already gotten down below that target in years gone by.”

The Kapiti Coast District Council is the first local authority in New Zealand to be verified under CEMARS (Certified Emissions Measurement and Reduction Scheme), which requires a detailed carbon emissions inventory and a plan to reduce them. Jake Roos says the verification process meant that every aspect of the council’s operations has been audited and scrutinised for any potential to reduce emissions or to save energy. The waste water treatment plant is the council’s biggest emitter, but the decision to switch from diesel to renewable wood pellets for its boiler saved enough money to put some back into other energy-saving efforts.

“At the time the boiler went in the council also decided to set up an energy policy to ringfence those savings, obviously to pay for the boiler in the first place, but also to then start channelling that money back into other energy and emissions saving projects.”

Apart from the wood-fired boiler, the council is also installing a 32kW array of solar panels to reduce operating costs at the plant. “A lot of emissions actually cost money,” says Jake Roos. “Energy is expensive and getting more expensive all the time. There are a lot of cases where you have to spend money but you will save it within the lifecycle of the asset, or even a long time before that and actually produce net savings, which can go back to rates.”

The Kapiti Coast District Council won double honours in the 2014 Energy Efficiency and Conservation Awards for its proactive approach to energy and a range of inventive projects to improve residents’ energy efficiency and awareness.