Our Changing World for Thursday 4 December 2008

Hihi, or stitchbirds, were translocated to Tiritiri Matangi Island in 1995. In the second episode of her Tiritiri Matangi series, Alison Ballance checks on how the breeding season is progressing with nest monitor Leila Walker and Cambridge University PhD student Rose Thorogood.

Listen to Our Changing World's feature on hihi from 6 March 2008.

A shallow 23 million-year-old crater inland from Dunedin is one of the Southern Hemisphere's richest fossil beds, and its sediments have preserved a record of a time when carbon dioxide levels were as high as predicted for the near future. University of Otago palaeontologists Gary Wilson and Daphne Lee are interested in both the climate information and the fossils retrieved from the crater. 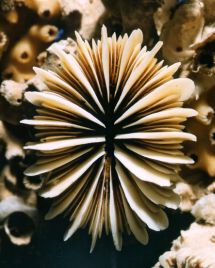 Two thirds of the world's corals are deep water species that live in depths greater than 200 metres in cold dark water. The 4th International Deepsea Coral Symposium was held in Wellington this week, and NIWA scientists Di Tracey and Helen Neil shared some of their knowledge of deep-sea corals, of which more than 10,000 species have been described so far.

Bubblegum corals (left) may have trunks the size of a human arm.
Solitary or cup corals (right) belong to the stony corals. 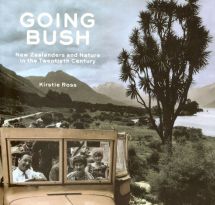 Kirstie Ross is a history curator at Te Papa Tongarewa, and her recent focus has been on the relationship New Zealanders have with nature. The result is a book called Going Bush, which examines how New Zealanders' perception of nature has changed over the course of the 20th century.