Our Changing World for Thursday 13 November 2008

The genetics of rig sharks in Pauatahanui Inlet 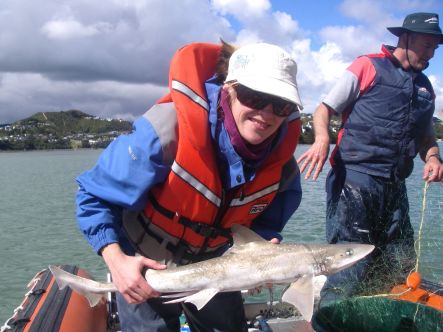 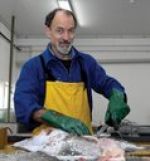 There are about 75 shark species found in New Zealand waters, and rig shark is one of the smaller species. Each spring, rig come into estuaries such as Wellington's Pauatahanui Inlet to breed. PhD student Jessica Gwilliam , from Macquarie University in Australia, is collaborating with NIWA's Malcolm Francis, winner of the 2008 Marine Sciences Society medal, in a study that aims to unravel some of the genetic mysteries about rig and other closely related species, as well as understand how rig use the estuaries. Find out more about rig and other shark species at Te Ara, the online Encyclopaedia of New Zealand.

You can also listen to an earlier interview with Malcolm Francis about sharks and shark conservation. 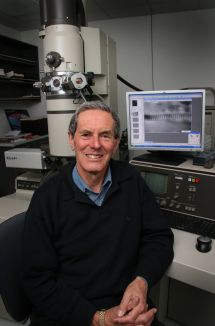 Massey University biophysicist David Parry (pictured on right, image courtesy of Massey University) is the recipients of this year's Rutherford Medal, the highest science honour in New Zealand. His research focuses on fibrous proteins, a group of proteins that make up our muscles, connective tissue, hair and skin.

His most recent discovery shows that hair undergoes a major structural transformation between its formation in the hair follicle and when it emerges from the scalp. Earlier research has led to an understanding of the mechanisms that control how muscles contract and relax, which in turn led to commercial applications in the meat industry.

Fourteen medals and awards were presented at the 2008 Royal Society of New Zealand Science Honours this week. Full list of awards

Coming out of anaesthesia is a bit like waking up from a very deep sleep, and it is impossible to tell how much time has passed. In a Marsden project, a team of medical researchers and neurobiologists have set out to explore whether the effect of anaesthesia on time perception is equivalent to that of sleep - and they are using honey bees as a model.

Guy Warman, at the University of Auckland's department of Anaesthesiology, and Randolf Menzel, a neurobiologist at the Free University of Berlin, explain how they will train bees to do certain tasks and compare their performance before and after being treated with an anaesthetic. The scientists say they aim to find out whether anaesthesia "steal time" by shifting the circadian clock to a new time zone or by changing the perception of time without affecting the clock.

Ocean acidification and its impacts on byrozoans

Marine biologists are warning that rising levels of carbon dioxide in the atmosphere are causing the world's oceans to acidify, and that this may have significant impacts on marine organisms that build shells from lime. Abby Smith is a marine biogeochemist in the Marine Studies Department at the University of Otago. She discusses her work with bryozoans, and explains why ocean acidification could be the next global environmental catastrophe.

To find out more about ocean acidification check out Wikipedia, read the Royal Society's policy document and the briefing document produced for the Australian Government at the 2008 Hobart conference.