The rural Maine restaurant with a global following

To score a table at Erin French's restaurant, you have to send a request by postcard - but it will be one of over 20,000 they receive every year.

Lost Kitchen - in the rural Maine town of Freedom - made TIME Magazine's list of the World's Greatest Places.

The venue - a crumbling 19-century grist mill - was rebuilt from scratch at the same time Erin was rebuilding her own life after divorce and rehab. 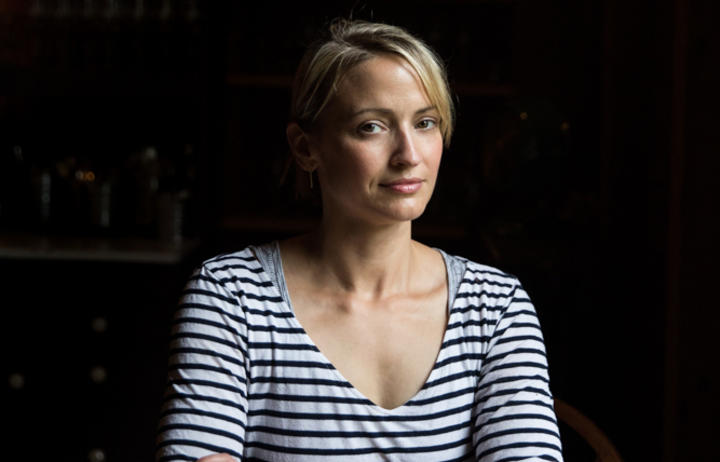 Growing up in Freedom, Erin's parents had a diner where they worked 16 or 18 hour days. In this "second living room" Erin learnt how to cook  - and planned to get as far away from restaurants and her small town as soon as possible.

Erin married someone with very similar relationship patterns to her "difficult" father.

"I completely lost my sense of self in that marriage… and at the end didn't know who I was, didn't know what my passions were, what drove me. It came to a crashing point."

Back to Freedom, living in a cabin and fighting a custody battle over her son, Erin found "an amazing amount of strength" that set her on track.

"I believe [that rush of strength] designed to help us push through these crazy moments and I'm like 'god girl, how did you do it?'.

"I never stopped going, I never stopped moving. I knew that if I curled up in a ball and laid down and started to cry I would never get up again, so I just didn't stop."

Without money or investors and against the odds, Erin opened Lost Kitchen seven years later.

"Who would trust a woman in a male-dominated industry to open a restaurant in a town of 700 people and expect it to work? And a woman who was getting out of a devastating divorce and fresh out of rehab."

Erin says it took a few years to figure out the invisible magic behind Lost Kitchen's popularity - she believes it's the collective passion of the restaurant's 14 female staff (and male dishwasher TJ).

"I've realised it was really the love we were putting into this place… the women on my team, they cared about this place as much as I did.

"We made people feel comfortable. It was a fancy restaurant but it was never a pretentious or a stuffy place. It was a place you could put your elbows on the table and feel you were at home."

Erin now has a TV series - The Lost Kitchen - but isn't looking towards further expansion.

"I'm really in protection mode and just trying to savour every moment of what we've built. I know the magic of this place is how small and intimate it is, and it's not about growing it to be bigger and make franchises and have airport kiosks… maybe the smarter life move is just to be satisfied and proud of that little beautiful thing you've created and keeping it going as long as you possibly can and loving every day that you show up to work."

Erin French is the author of Finding Freedom in the Lost Kitchen.