The number of Covid-19 cases in Victoria continues to rise and there are fears the virus may be seeding in New South Wales.

Around 270 cases were recorded yesterday in Victoria, a lot them in nursing homes and age care facilities, Australia correspondent Bernard Keane. 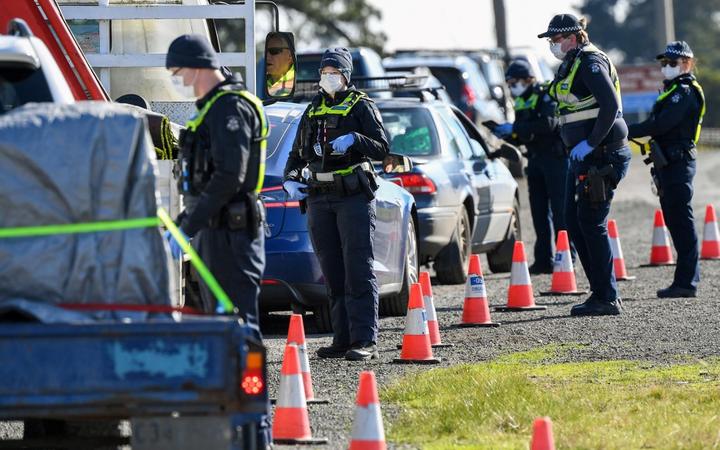 There is a lot of concern that the Victorian outbreak is now going to take off in NSW, he says.

“There were thirteen cases in NSW yesterday, and a lot of them around a particular pub just outside of Sydney on the intersection of some major transit routes used by long haul freight.

“So, there is an obvious scenario that someone from Melbourne, perhaps a truck driver, has stopped at that hotel perhaps before the borders were closed and they have got 30 plus cases in NSW all up as a consequence of that.”

Authorities in New South Wales are now scrambling to trace everyone possibly connected with that outbreak, Keane says.

“Meanwhile, back in Melbourne because the numbers are not falling yet, there’s consideration of going into stage 4 - a New Zealand-style complete lockdown to really knock this on the head.”

This is causing the business community considerable stress, he says.

To deal with the number of Australians coming home the government has restricted numbers to lessen pressure on quarantine venues.

“Melbourne has shut itself off to all international flights and that has put a lot of pressure on other capitals, there are still tens of thousands of Australians overseas, many of whom want to come home.

“Basically, we’ve only had returning travellers of course coming into Australia over the last couple of months but that’s simply too many for state governments.

“Each of those thousands of people that has been coming in a week has needed to go into quarantine.”

Quarantine failures are front of mind with Australian authorities as that is the source of Victoria’s outbreak, he says.

“The whole Victorian outbreak has come from a botched implementation of quarantine in hotels.”

The outbreak has also put the kybosh on a planned, tentative re-boot of Australia lucrative overseas student market.

“Foreign students are our fourth biggest export, they generate about $A38 billion in exports a year.

“Those plans that were underway to bring in a relatively small number students, but none the less to get that whole sector at least moving again, they are now completely on hold.”

And the wider economy also looks to be stuttering, he says.

“I suspect what we are looking at now in Australia is a shallower recession, but a much longer one and alarmingly some of the jobs data that came out for the end of June yesterday showed that the numbers of jobs were actually declining still not just in Victoria where there was a fairly substantial drop as you would expect but also in every other state in Australia.”