Jack Bauer: 'You've got to want to suffer to be a bike rider'

After the "best year he's had on the bike" New Zealand cyclist Jack Bauer is eyeing up next year's Tour de France.

The 32-year-old from Golden Bay recently signed on with the Australian road cycling team Mitchelton-Scott. 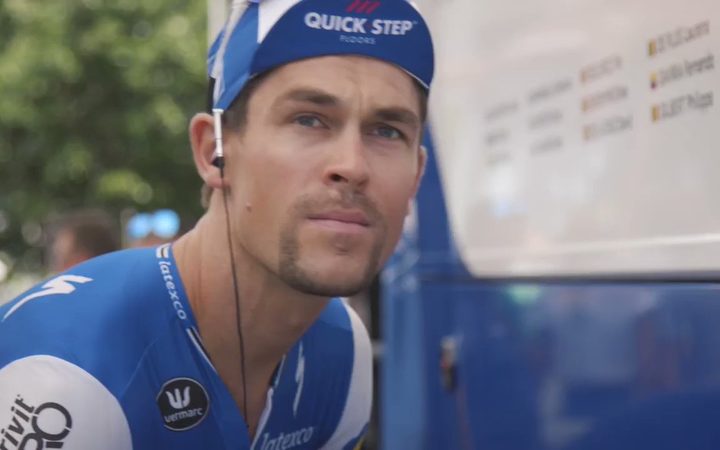 Bauer says he's loved the Tour de France since he was a kid and no other race gets him so excited.

With Belgian team Quick-Step Floors, he helped to set up German sprinter Marcel Kittel for five stage wins on this year's Tour.

"My role was to absorb the punches, if you like, keep him out of trouble, and ultimately to block the wind position and put him in the best possible position in the final kilometre or two of each sprint stage."

Ninety-nine percent of the time Bauer's job is to support the sprinter, he says.

"You can't just go on and pedal off up the road in search of your illustrious stage win."

As a kid, Bauer dreamed of becoming a mountain bike Olympian and started competitive mountain biking as a teenager.

"I thought that roadies were another breed and I wasn't part of that. I wasn't really into lycra, I wasn't into shaved legs…"

He made it to the world mountain biking championships in the under-23 category but concluded afterwards that he didn't have what it took to make a living from it.

A couple of years later, he was working in Nelson and joined the cycle club Tasman Wheelers. One thing led to another, he says.

The biggest challenge in Bauer's sporting career and probably his life so far was recovering from a broken femur after a crash on the 2015 Tour de France.

It took a whole lot of self-belief and support from his wife to get through, he says.

"Underlining it all you need to really have a passion and love for your sport. Because at the end of the day that's what you're trying to get back to do. If you don't have that overwhelming desire to get back to doing that one thing, you're probably not going to put up with the rigours of a rehab schedule and all that entails." 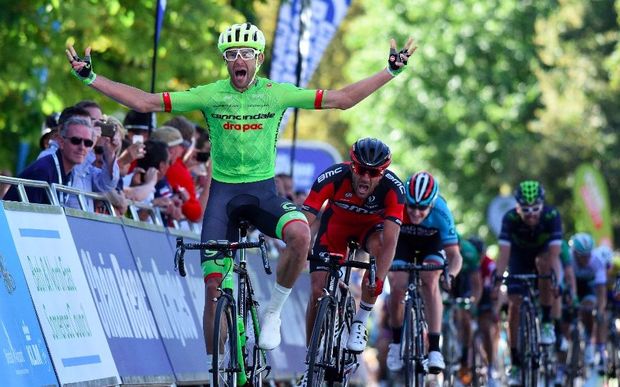 Jack Bauer wins the fifth stage of the Tour of Britain. Photo: Supplied

Endurance athletes have a "sick urge to experience pain", he says.

"You've got to want to suffer to be a bike rider. I didn't realise that as a youngster, but I've definitely come to thrive off it as a professional."

Cycling is getting more physically competitive every year, Bauer says.

At one point in this year's Tour de France, he used his body weight to fend off "hot-headed Frenchman" Nacer Bouhanni, a former boxer.

"I knew he was going to take offence, and he did, and had a wild swing at me. It was no biggie and I brushed it under the mat and kept on going. Generally it's a good idea to keep your hands on the handlebars to avoid getting fines or being in the media for the wrong reasons."

Nerves start to unravel and tempers start to flare as the race draws to a close, he says.

"After working for 150 or 160 kilometres to get to this one point, as the sprint starts to approach it's pretty crazy stuff. People take some insane risks."

One risk Bauer says he would never take is doping: "It's not something you can dick around with".

Bauer has never seen cyclists doping since he turned professional in 2012, he says.

"The only reason I'm in the sport now is because it's clean or it's a hell of a lot cleaner than it was a decade ago. Otherwise I wouldn't be here, I'd be out the back of a race and just not able to perform at that level."

"I've always made it my number one priority and concern to keep my reputation and to keep my integrity as number one, you know?

"I just draw the line. It has to be hard work that goes into it and nothing else."

Being the overall winner of the Tour de France is out of Bauer's reach, he says – his big goal is to win a stage.

"If I do take the start line [at the 2018 Tour de France] I would love the chance to go for some personal glory again … That's what I've got my eyes set on and had my eyes set on my whole career pretty much."

Retirement from cycling is still at least a couple of years off, Bauer says.

"If I'm going to get the best out of myself i need to stay in the moment and purely give my cycling 100 percent and not start thinking about what comes next. Generally, in life, I've taken it as it comes to me."

Although he admits he occasionally dreams of being a rock star.

"The guitars just look at me and wait for my impending retirement in many years."