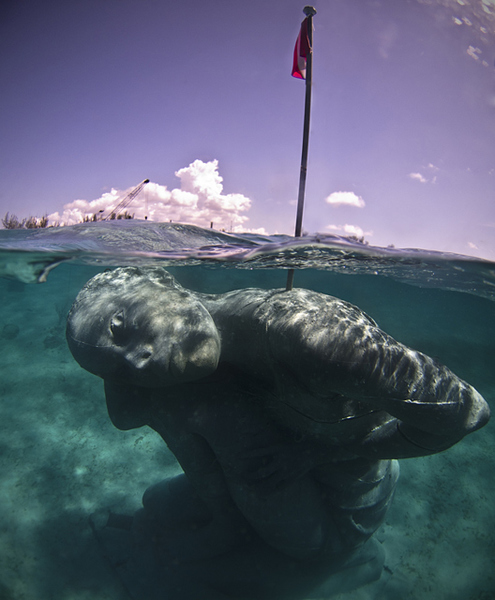 Ocean Atlas - This enormous piece weighed 60 tons when it was finished. 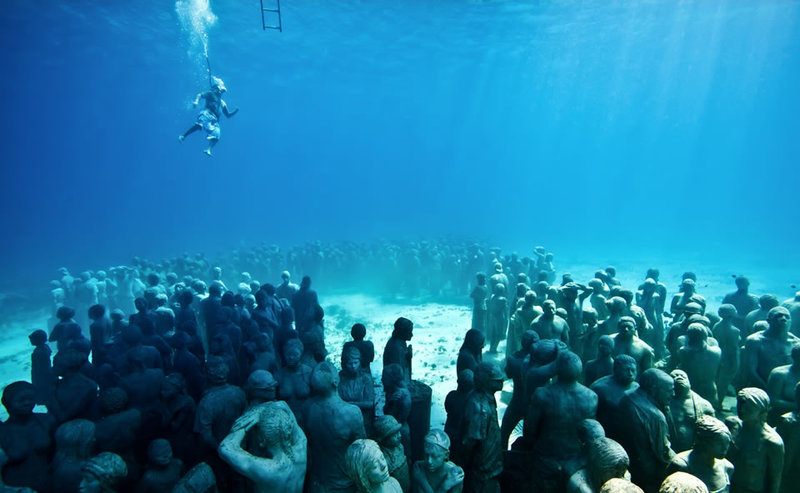 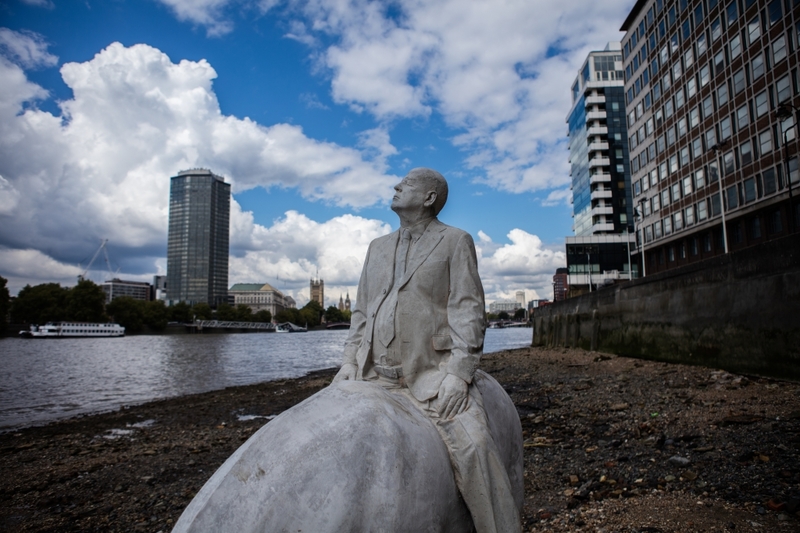 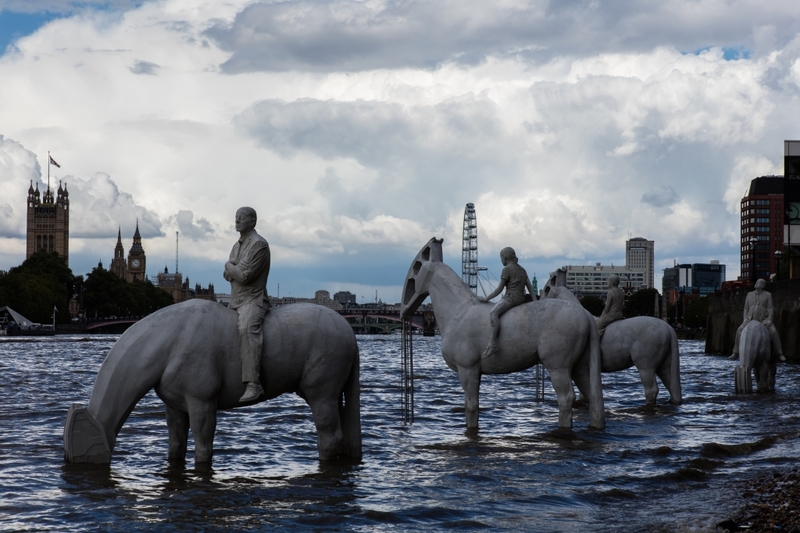 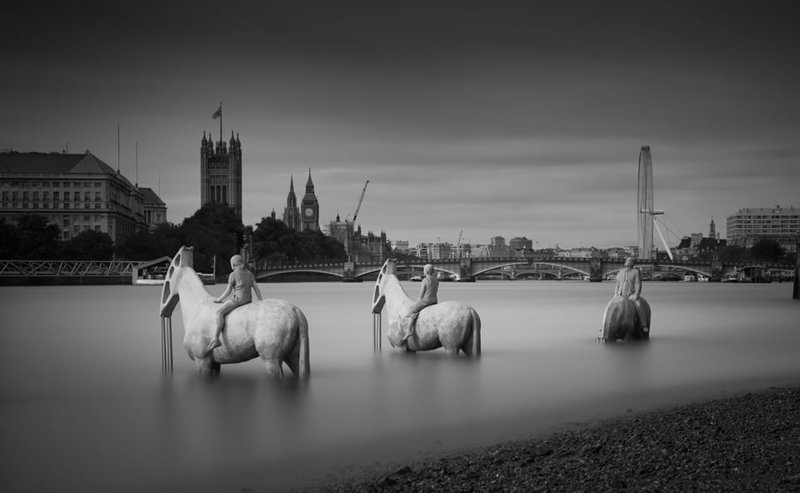 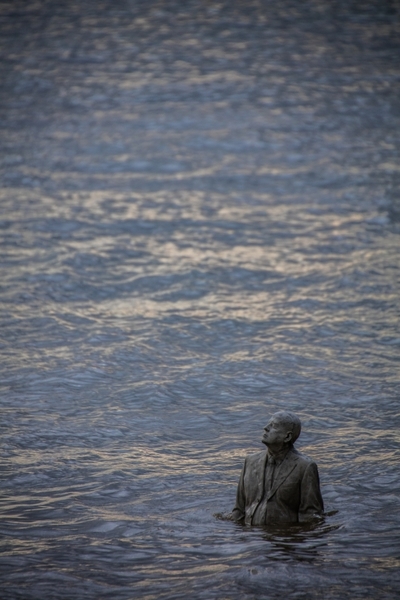 The Rising Tide in London at high tide 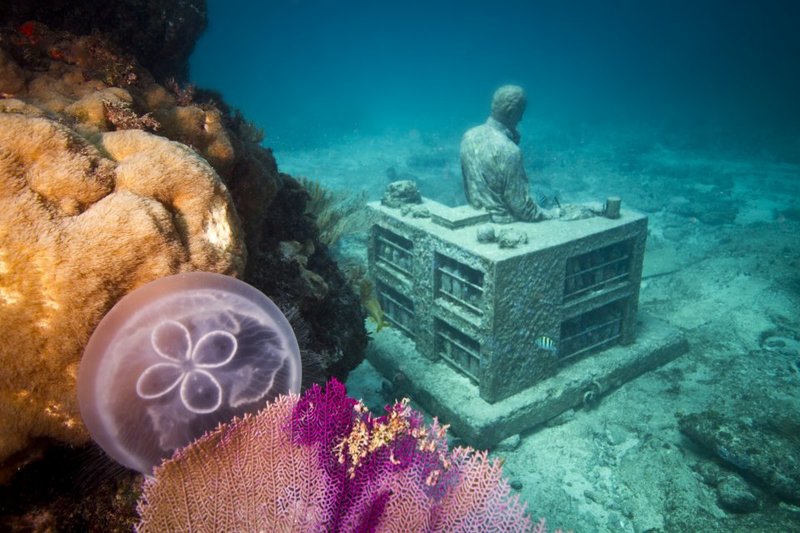 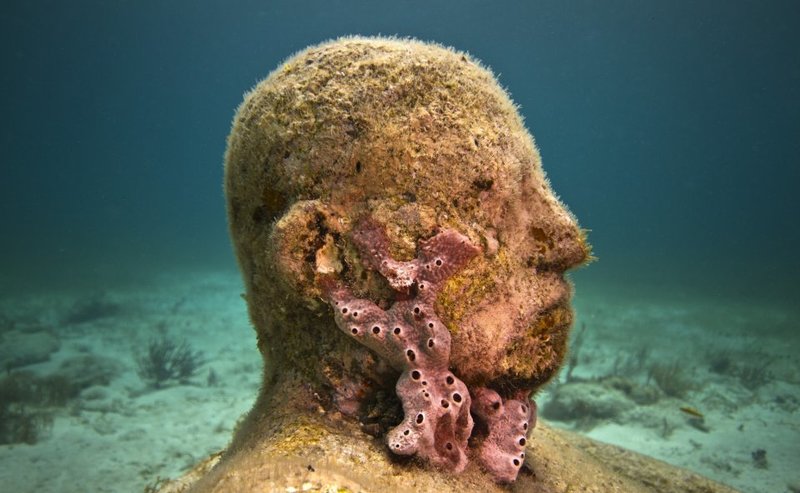 The sculptures are incredibly heavy and get stuck to the bottom of the sea floor where algae and sea life merge into one with their new counterparts. 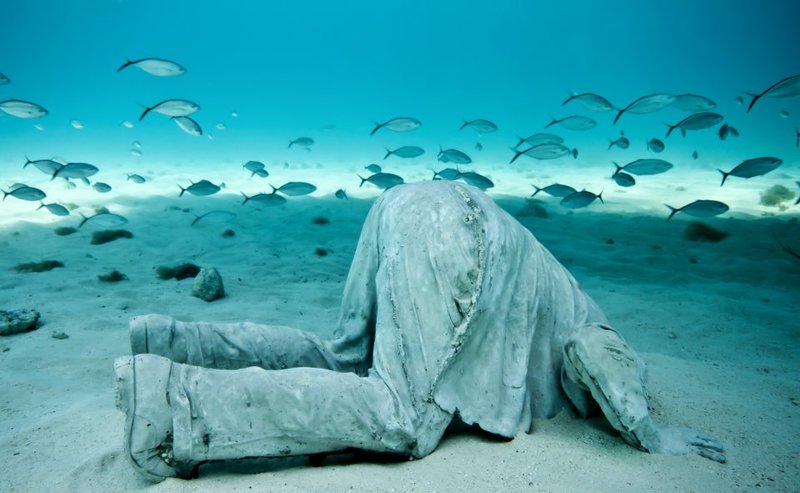 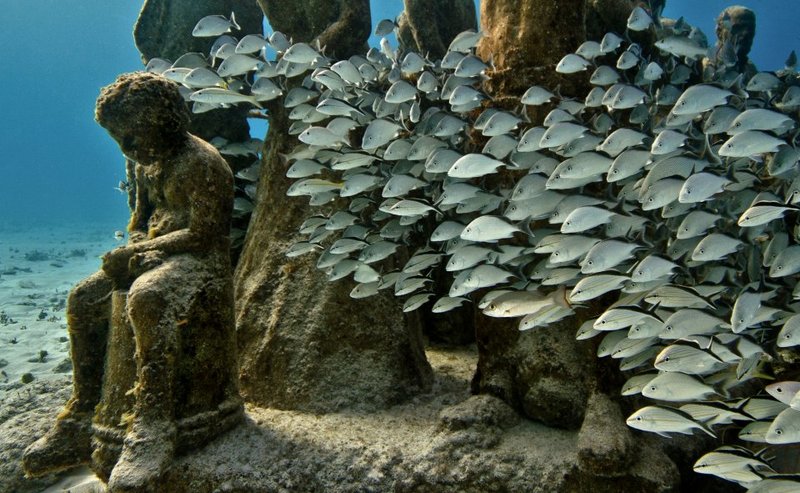 The sculptures draw awareness to environmental issues in particular marine issues by bringing divers to the area. 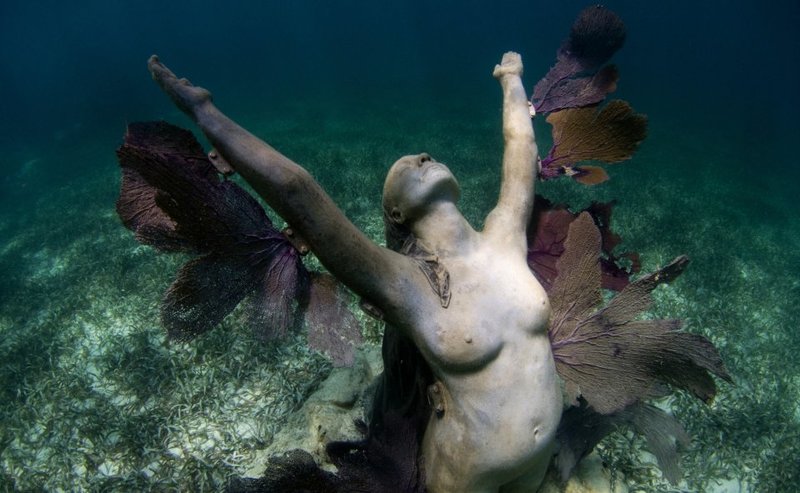 Jason cares deeply for the ocean and its inhabitants, his sculptures draw attention to the reality of losing it if we don't protect it. 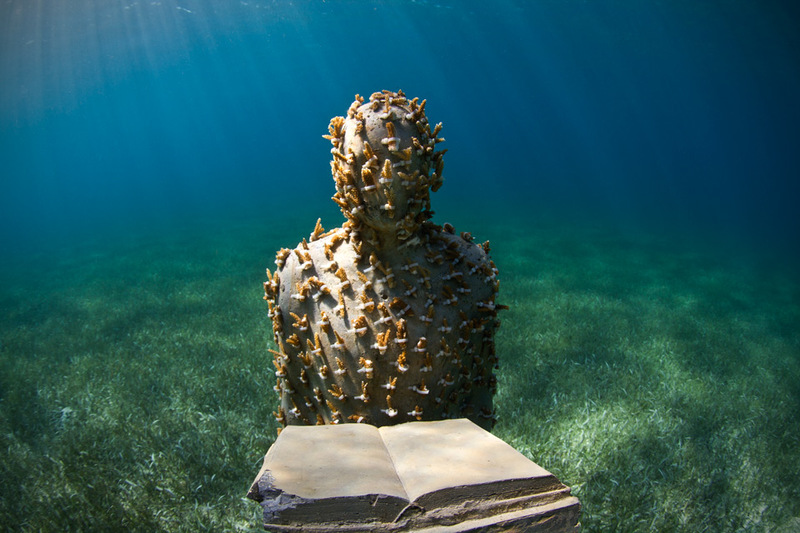 'Holy Man' has naturally grown the environment with spouts of coral bursting through him. 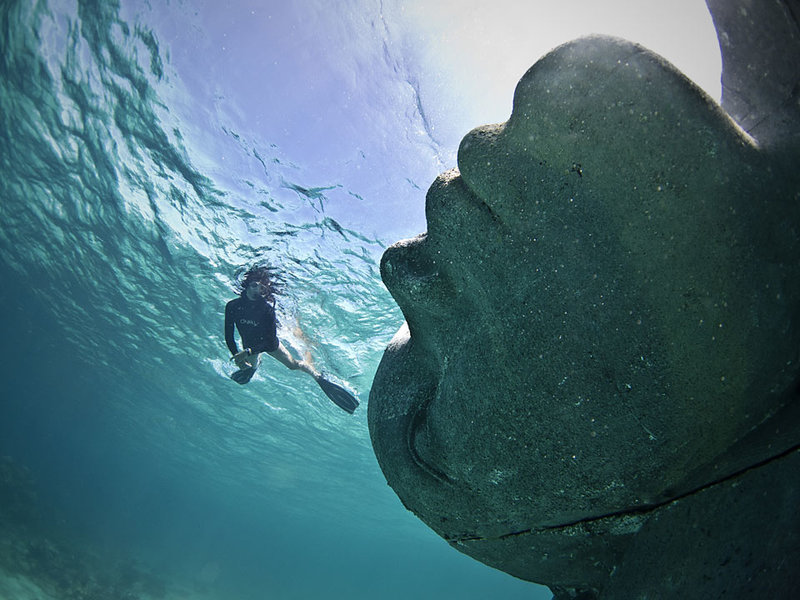 People love exploring and diving where deCaires puts his sculptures 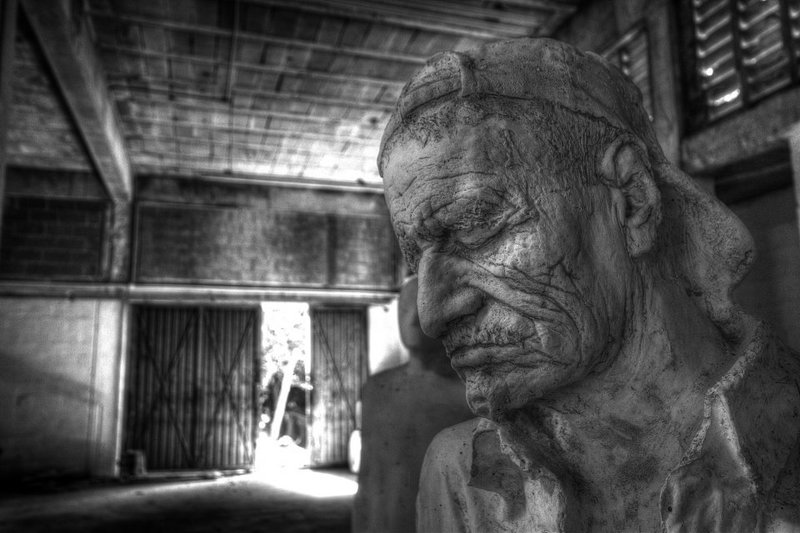 Jason de Caires Taylor is the founder and creator of several underwater museums. Motivated by concern over the health of the ocean and redressing climate change, his idea was to draw divers away from the most fragile and delicate parts of coral reefs.

His  five tonne concrete sculptures, which he sinks to the sea floor, encourage coral and algae growth over time. The first museum, created in 2006, was off the west coast of Grenada in the West Indies is listed as one of the top 25 wonders of the world by National Geographic.

Since then 500 of his sculptural works have been submerged off the coast of Cancun, Mexico and other submarine sculpture parks completed in the Bahamas and Canary Islands. One of his most recent works is on the foreshore of the river Thames in London. The sculpture is of four horseback riders and they can only be seen at low tide.