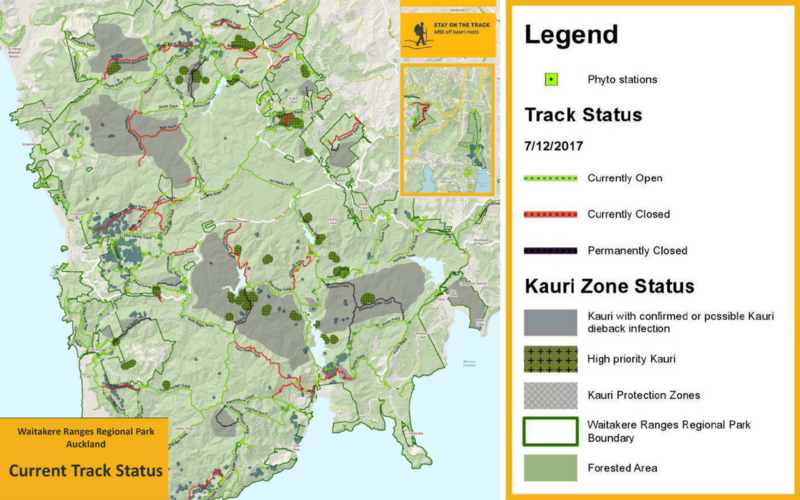 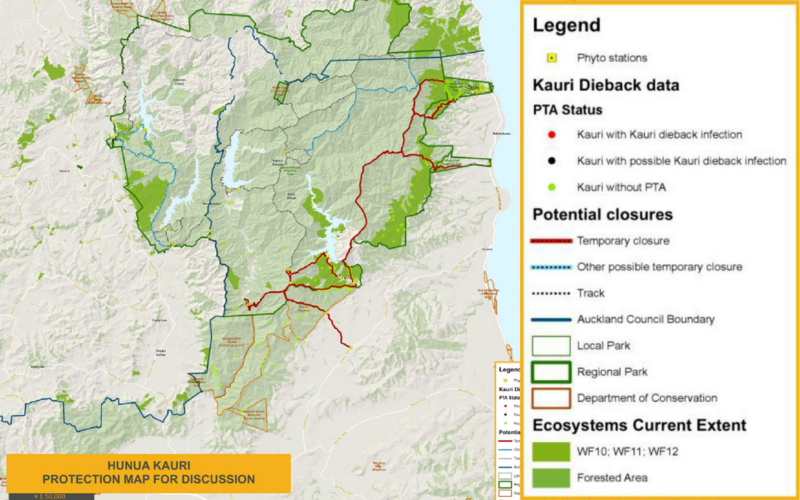 Extensive closures are being proposed in the Waitakere and the Hunua Ranges to fight kauri dieback. The Auckland Council is considering spending millions of dollars in a new effort to restrict visitors from entering the regional parks from May 1st. Kauri dieback, for which there is yet no cure, affects a fifth of kauri trees in the Waitakere Ranges, a scale that's doubled in the last five years. Kathryn Ryan speaks to Auckland Council Biodiversity Manager Rachel Kelleher and Edward Ashby from the West Auckland iwi, Te Kawerau ā Maki, has been calling on the council to stop people entering the Waitakere Ranges since last July. 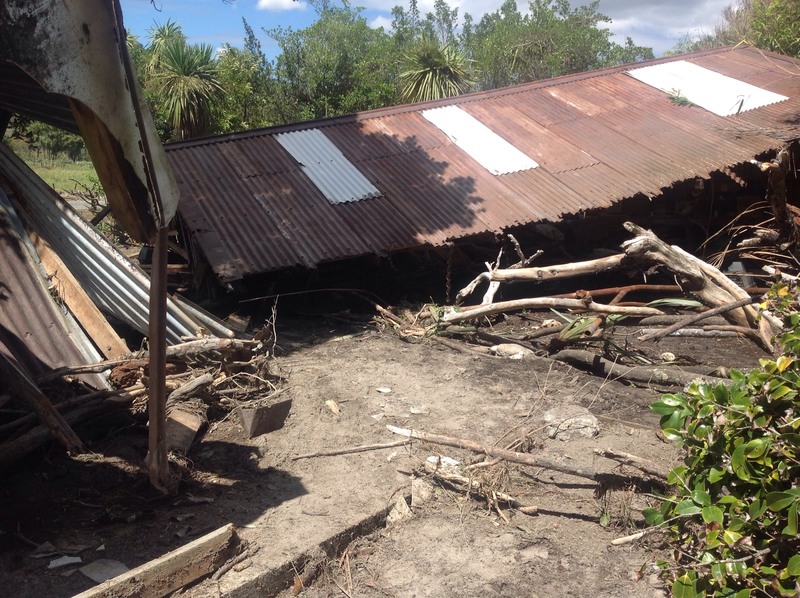 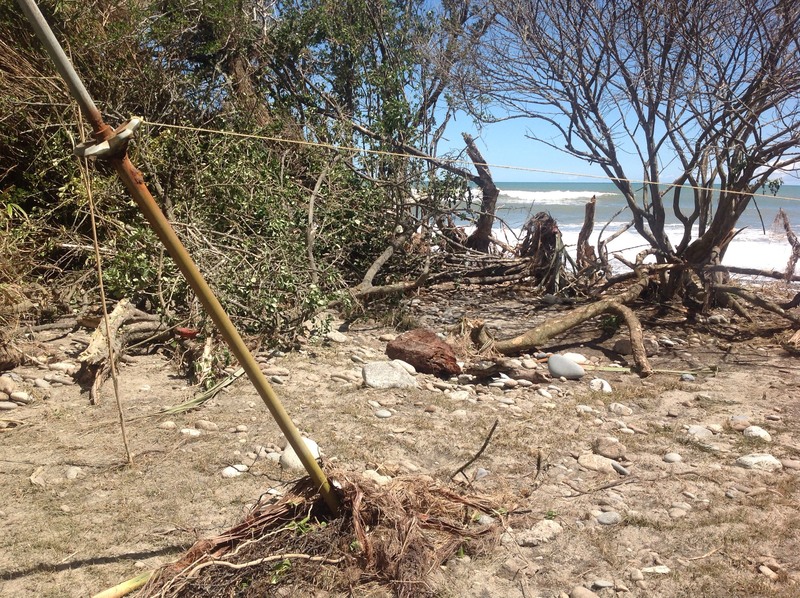 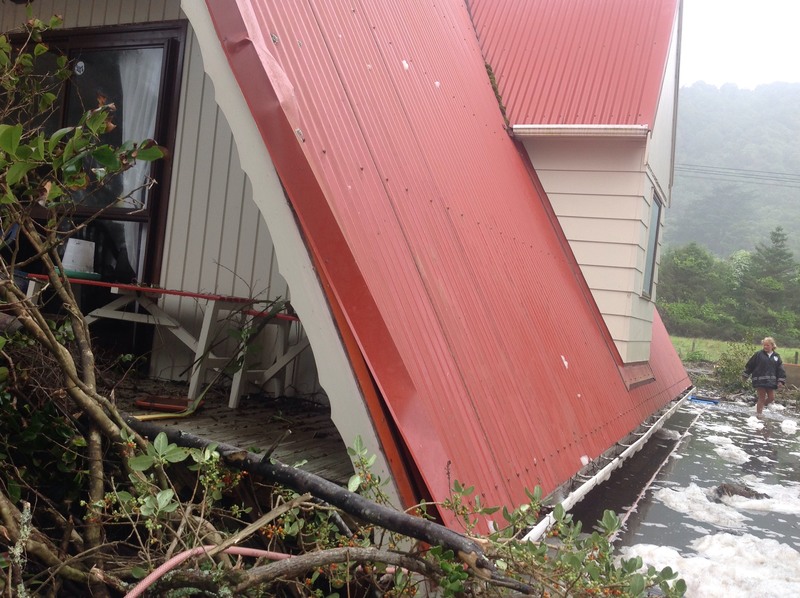 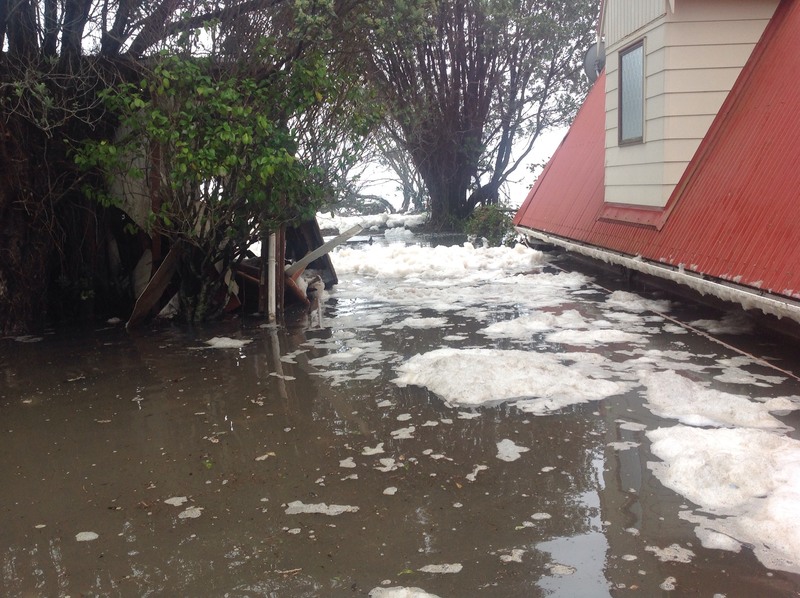 Penny Madden is expecting her home in Hector, North of Westport to be smashed by the second former-cylone in less than three weeks.  She has her bags packed and is ready to go. 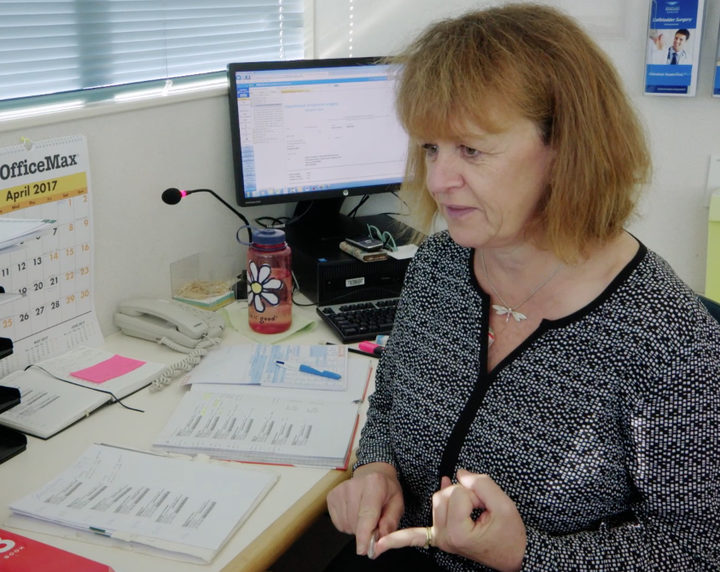 Bariatric Nurse, Cecilia Westmacott from Manukau SuperClinic talks about the harsh realities people crippled by obesity face to get their lives back to where they want. 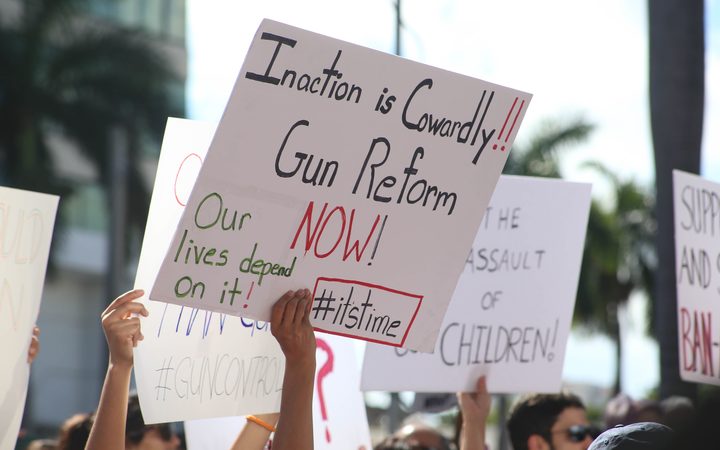 Protesters hold signs during a rally for gun control at the Broward County Federal Courthouse in Fort Lauderdale, Florida on February 17, 2018. Photo: AFP

Steve Almond joins Kathryn to talk about how the teenage survivors of the Parkland, FL high school massacre are actively challenging the politicians who continually bend to the Gun Lobby by refusing to enact common sense gun control measures. Steve is also across the latest from the US investigation into Russia's attempt to sway the election. 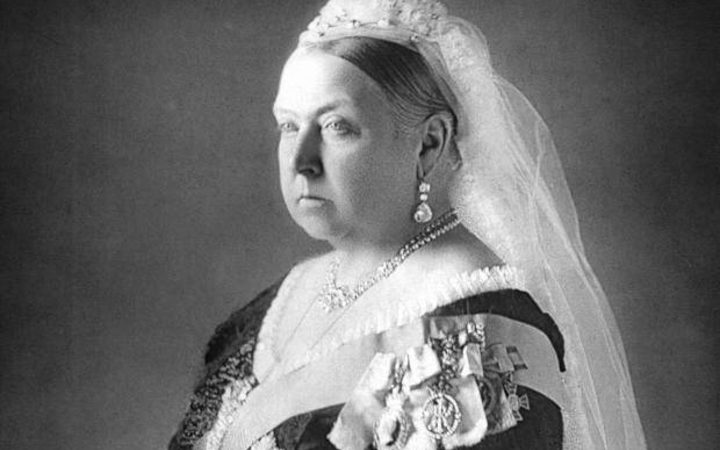 Queen Victoria was a formidable monarch who ruled Great Britain and Ireland from 1837 until her death in 1901. By the 1890s she had over thirty grandchildren and she made it her business to try to manoeurvre them all into a series of dynastic marriages with royal households across Europe and in Russia. British historian, journalist, writer and TV producer and documentary maker Deborah Cadbury's latest book is a fascinating account of that matchmaking, and the monarch's vision of European unity well before the notion of a 'European Union' ever existed.

On Rod Oram's radar this week is Fletcher Building's problems and losses, which are far worse than expected. Also Genesis Energy which says it will stop burning coal by 2030. Rod joins Kathryn from the Digital Nations conference being held in Auckland.

The Melbourne-based German photographer Katrin Koenning talks to Kathryn Ryan about how she has exceeded the limits of the everyday camera phone, as well as the unusual way her debut book Astres Noires (Black Stars) came into being via Instagram. She also weighs into the debate about whether Instagram is the future of photographic publishing.

Katrin is coming to New Zealand as part of the Photobook New Zealand festival, running from 9th - 11th March 2018 in Wellington. She will speaking at Massey University on Sunday 11th March. 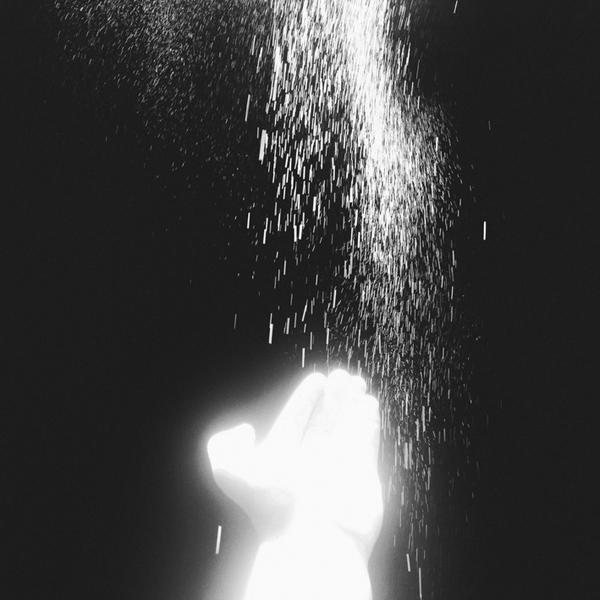 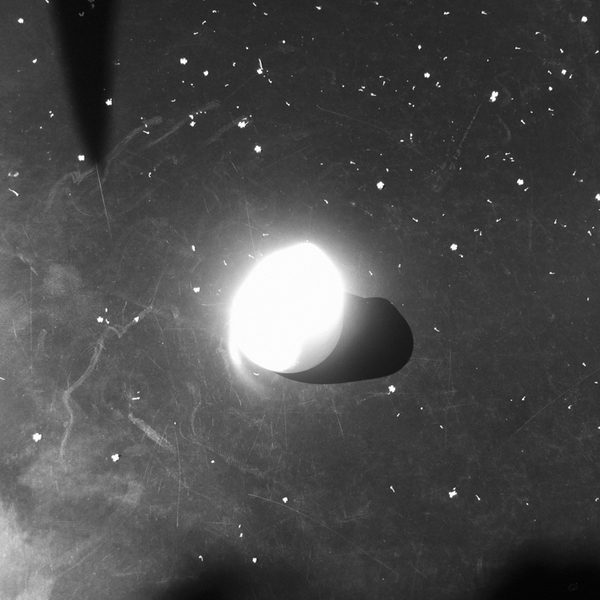 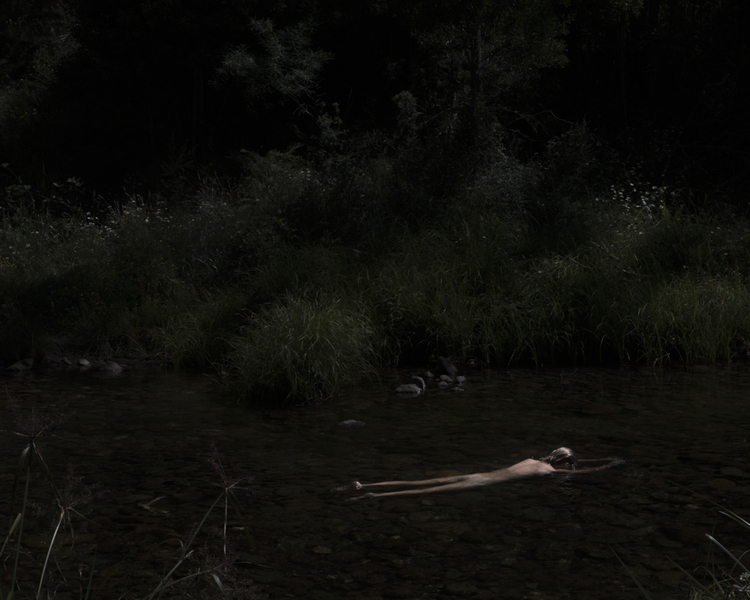 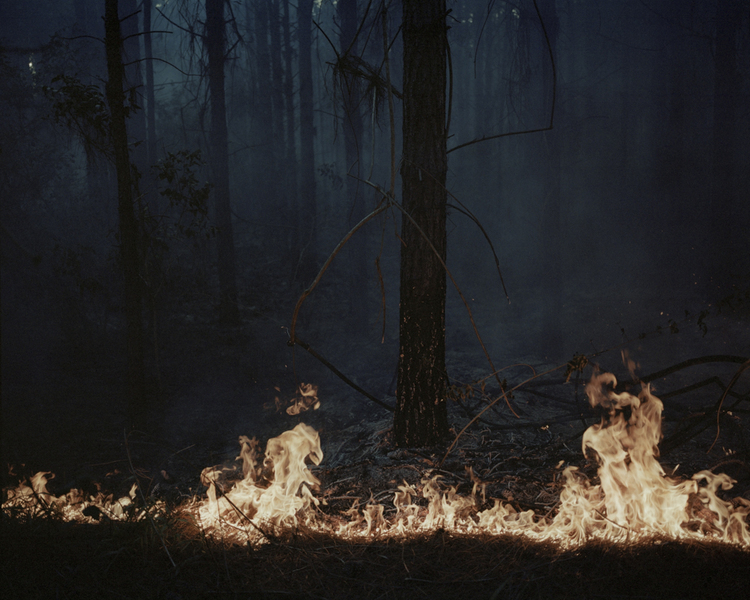 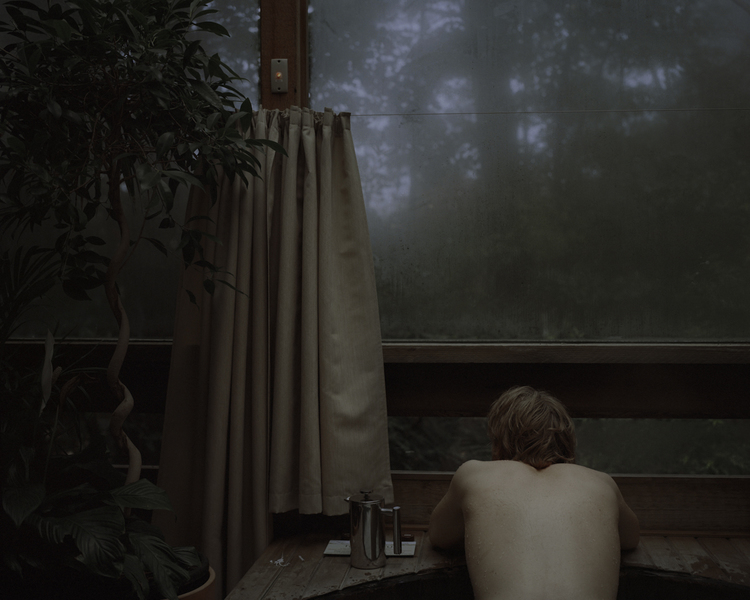 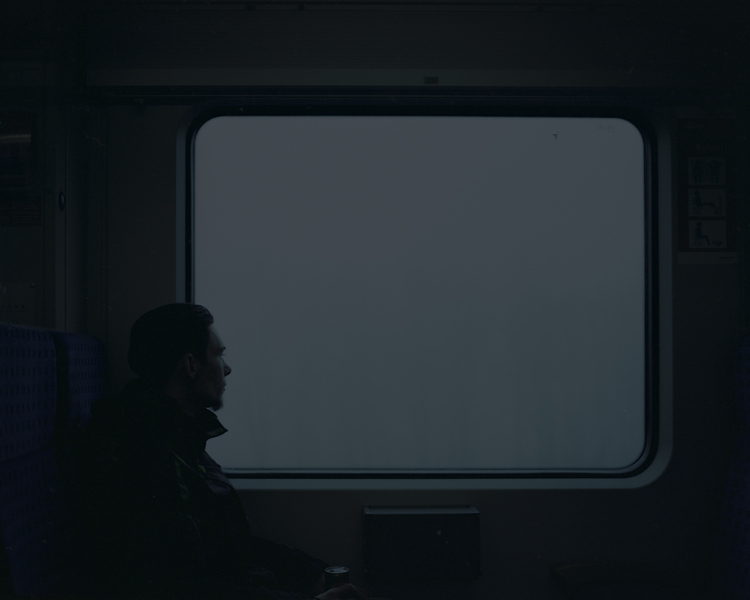 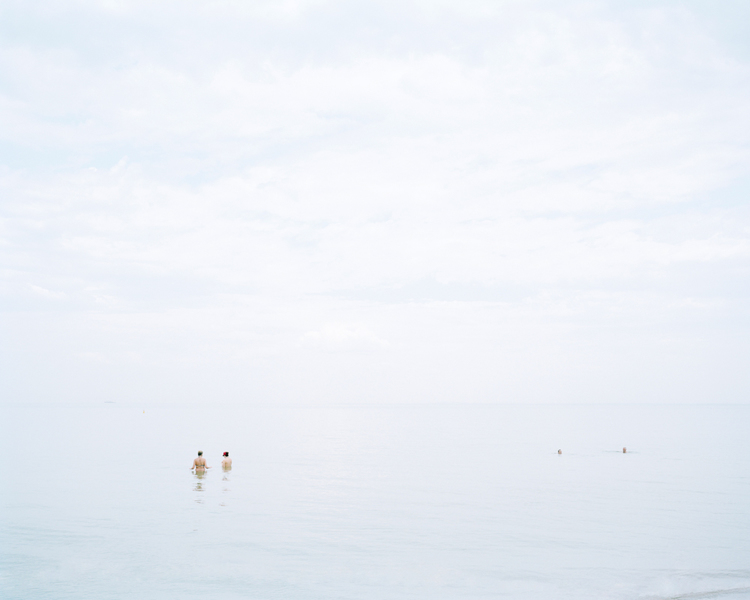 Gavin joins Kathryn to talk about the two new political editors at TV1 and TV3. More generational change at Parliament? Also a media trust has been set up to augment weakened mainstream media in the Queenstown Lakes District - could this point to a new way to sustain coverage in regional New Zealand? Gavin Ellis is a media commentator and former editor of the New Zealand Herald. He can be contacted on gavin.ellis@xtra.co.nz