Nine To Noon for Wednesday 7 September 2011

09:05 An ombudsmans report into a series of attacks at the school in 2007 has found some children were terrorised and tortured by a gang of fellow teenage students

Rupert Murdoch's national newspaper The Australian makes the news itself, Australian involvement in the war in Afghanistan and where now for asylum seekers now the High Court has rejected offshore processing.

Trinity Wall Street is located in the heart of Manhattan's financial district and its St Paul's Chapel, which stands just across the street from Ground Zero, was used as a staging area for volunteers who helped first responders and families searching for loved ones after the September 11 attacks. As Rector and CEO, Dr Cooper oversees Trinity's extensive ministries, locally and globally, which are sustained by the church's substantial real estate holdings.

10:45 Book Reading: How To Watch A Game Of Rugby by Spiro Zavos

We learn about the impact of sex on rugby, are taken through a brief history of nearly everything about the game, and discover the difference between the forwards and the backs.

How UK newspapers the Sun and Daily Mirror were fined for contempt of court for articles published about a man arrested on suspicion of murdering Joanna Yeates.

Some of the extraordinary lengths some animals will go to to escape the grasp of a predator. 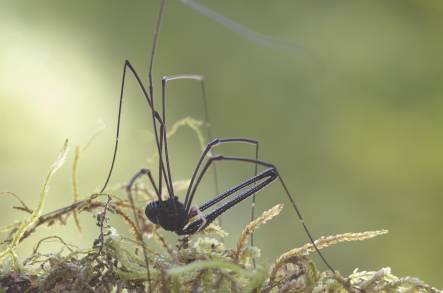 A male Pantopsalis luna, whose very long legs have a few tricks up their sleeves, when it comes to saving the body they are attached to.