This week on Lost and Found it's disco, post-disco, neo soul and few other discoveries. Yadana Saw curates classic and curious cuts from Aotearoa and beyond. A guaranteed toe-tapping episode! 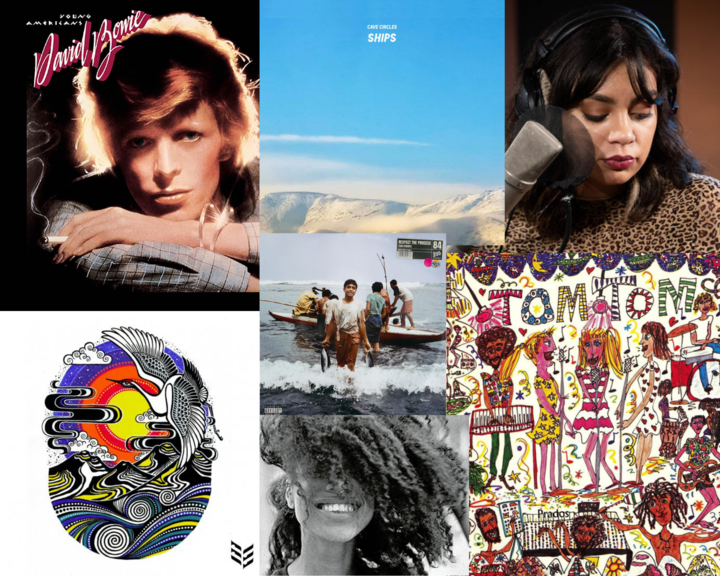 The perfect track to welcome the new season of Spring in these uncertain times. A beautiful album from Te Whanganui a Tara artist Riki Gooch in his alter ego Cave Circles

A classic turn-of-the-millennium track from the queen of neo soul. Produced by the late hip hop producer J Dilla, who alongside Badu were part of the Soulaquarians collective that included D'Angelo, Questlove, and conscious rappers like Q-Tip, Common and Mos Def.

An absolutely gorgeous slice of Aotearoa hip hop from Tāmaki Makaurau trio Team Dynamite.  Their new album Respect the Process is one of this year's stand out releases. This RNZ live performance elevates this song to another level!

Keeping things sweet on Lost and Found with this power outfit. 'Sweet Thing' inspired guitar legend, co-founder of Chic Nile Rodgers to adapt the riff into China Girl for David Bowie. Leading us very nicely to our next selection.

It’s 1975 and the Ziggy Stardust alter ego has made way for David Bowie’s plastic soul record - though I think that’s a great disservice to his ninth studio album Young Americans. Bowie packed himself off to Sigma Studios in Philadelphia and teamed up with a killer pack of session players and vocal talent including a young unknown Luther Vandross whose backing vocals you’ll hear on this slinky, tasty number.

Here is Luther Vandross front and centre on a peculiar musical vehicle that brought him to the mainstream. It was  a post-disco outfit called Change that brought together Italian producers and songwriters with US talent like Vandross  who hit gold with their hit 'The Glow of Love; but it’s this funky, driving number that I’ve been slamming on repeat.

This has been a consistent earworm for the past couple of years from the album  'Bahir'. Yu will hear familiar afrobeat rhythms that reference Sudanese forms, Ethio jazz as well as the meditative grooves of the Tuareg region with elements of Dexter Story's own classical Western training.

Lianne La Havas' 2020 release has been in high rotate for me, and definitely well worth checking out if you’re looking for a cosy, relaxing and satisfying album.

A total classic. An enduring evergreen cut that - I can’t believe it - but it turned 40 this year.  Grandmaster Flash decreed it to be a song for the ages. It’s been sampled in Mariah Carey’s 'Fantasy' and one hit wonder tune 'Return of the Mack'.

Genius of Love features reggae legends Sly and Robbie on handclaps and was supposed to be produced by Lee 'Scratch' Perry, instead the capable Steven Stanley is behind the controls .