Julia Deans has just announced she’ll be touring the country in August to celebrate the release of her second album We Light Fire, which came out last month.

Julia (of Fur Patrol fame) recently supported Marlon Williams’ sold out nationwide tour, with her performances being described variously as ‘stunning’, ‘spellbinding’ and ‘captivating’. The RNZ Music team saw her recently too – and she was brilliant (that voice!).

All the support acts on Julia’s tour will be female and non-binary fronted bands or solo artists and the team behind the tour are also predominantly women: booking agent, promoter, publicist, and the majority of Julia’s band and touring crew. 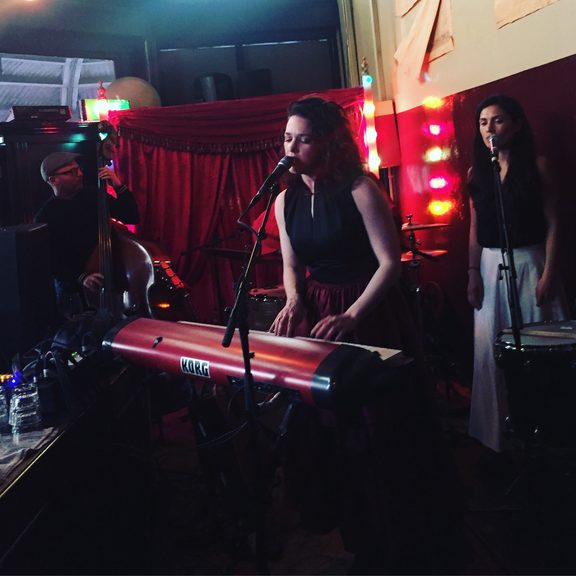 In light of the conversation that’s currently happening around gender inbalance in the music industry, Julia decided to use her tour as a platform to create opportunities for women.

“Throughout my career I have strived to be recognised as a musician first, but often my being a woman has meant I’ve been looked upon as some kind of novelty.

“To me, gender should not be an issue. I strongly believe we need to foster an environment that not only welcomes women and encourages them to get involved, but which also encourages men to support women and embrace them as equals.”

READ: Track by track – Julia Deans on her new album We Light Fire

The August tour will be the first time audiences around New Zealand will get to see her perform her own headline tour with a full band in over seven years. Exciting stuff.

Tickets are on sale now at UnderTheRadar and Ticketmaster (for the Tuning Fork gig).