The Breeders' Kim Deal: All Nerve

Kim Deal is one of the most iconic and influential voices of the 90s as bassist and sometime singer of The Pixies, and as leader of her own band The Breeders.  She speaks to Kirsten Johnstone about The Breeders' new album All Nerve, sobriety, and having songs written about her. 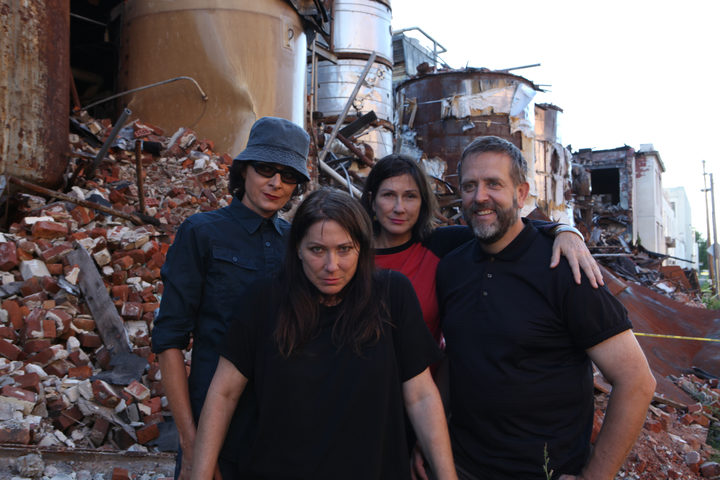 It’s surreal how much Kim Deal sounds like Kim Deal. That chalky, expressive voice that I’ve been listening to for twenty five years, on records by The Pixies and The Breeders. I keep expecting her to whisper conspiratorially ‘It was like, so hush hush. They were so... quiet about it. And then the next thing you know…’ as she did in the 1988 Pixies recording of ‘I’m Amazed’.

She re-joined The Pixies when they got back together in 2004, and says she enjoyed that experience very much, but recording new songs wasn’t something she wanted to do with them. That band have released two records since, the latest of which contains a song 'All I think About Now' written for Kim by her replacement Paz Lenchantin and Charles (Frank Black) Thompson. Thompson’s  guitar lines are almost a rehash of Pixie's song ‘Where Is My Mind' while Paz sings his words:

'If I could go to the beginning, I would be another way, Make it better for today, Remember when we were happy? If I’m late can I thank you now?' 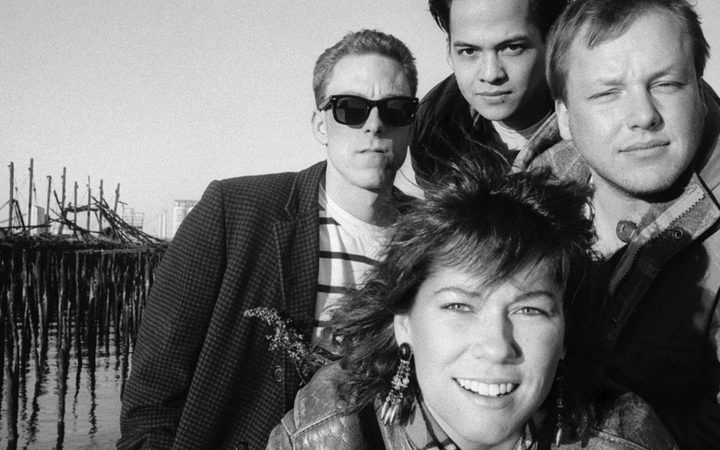 It’s an unlikely apology from the guy who was notoriously jealous of the attention Kim Deal got in the Pixies when they were together the first time around.

“I haven’t listened to the song.” says Deal. “I do know that they wrote a song about me, and I think it’s fantastic, I love it when people write songs about me.”

She hasn’t heard The Dandy Warhols song ‘Cool as Kim Deal’ song either.

“And I will NOT listen to it. What happens if the Dandy Warhols are singing ‘oh, yeah, I wish I could be as cool as Kim Deal’ - like what if he’s singing it all snarky? Or worse - maybe the song’s no good! I would hate that.”

There’s also a song called 'Kim Deal' by a French band called Johnny Mafia, and another of the same name by F.M.K, from Denmark, and yet another by The Bootie Chesterfield Trio which Kim would be happy not to hear. 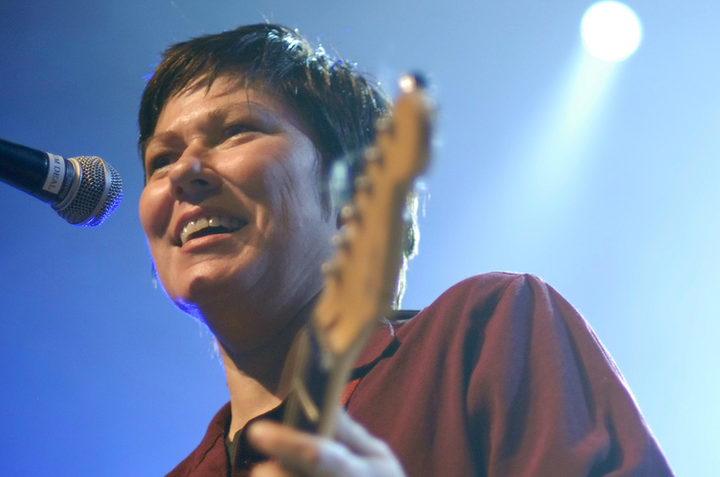 When her mother was diagnosed with Alzheimer's in 2002, it was Kim who moved back into the family home in Dayton, Ohio to take care of her.

“That was right when the Pixies thing was happening, so I would go on tour, and then go on a tiny little plane to the Dayton airport, to my mom and dad’s house… it was good though, to come back to a small place.”

She's just recently moved out, and says that her mother is doing well, doesn't talk anymore, but loves ice-cream and will probably outlive them all.

A recent photo from the New York Times shows Kim with mid-length brown hair, laugh lines around her eyes, a black puffer jacket, a beanie. Like any regular 56 year old woman living in Midwest United States. I ask if her neighbours know that she’s - you know - Kim Deal. She says that The Pixies tried to play her hometown in 2009, and didn’t sell enough tickets, so had to cancel. “So, no. They really don’t.”

When Kim and her twin bandmate Kelley released ‘Title TK’ in 2002, the first Breeders album in nine years, Kim went to rehab, joining Kelley in sobriety. She quit smoking as well as alcohol and drugs.

“It’s so weird to get out of the habit of stuff. I was drinking a lot of beers, every single day, it was pretty exhausting, you know? I just felt relief. And then I slept for the next 18 months.”

According to a recent article from a reputable rag Kim blacked out on stage a number of times - she wants to set the record straight when I bring it up.

“Josephine [Wiggs, Breeders bassist] started that, in a room when I was with her, she said that in an interview and it’s not actually true. I never drink, or smoke pot on stage. Never did. I always did it later. There was one time with The Amps [Kim’s solo project], so it was a weird thing. I think that’s what we were talking about. I would tell you if I did. But I specifically actually don’t. Because I could never smoke pot and play, I could while we were rehearsing and stuff, but not on stage, it would be too weird, and drinking and playing doesn’t make sense to me either, because you get all sloppy and shit.” 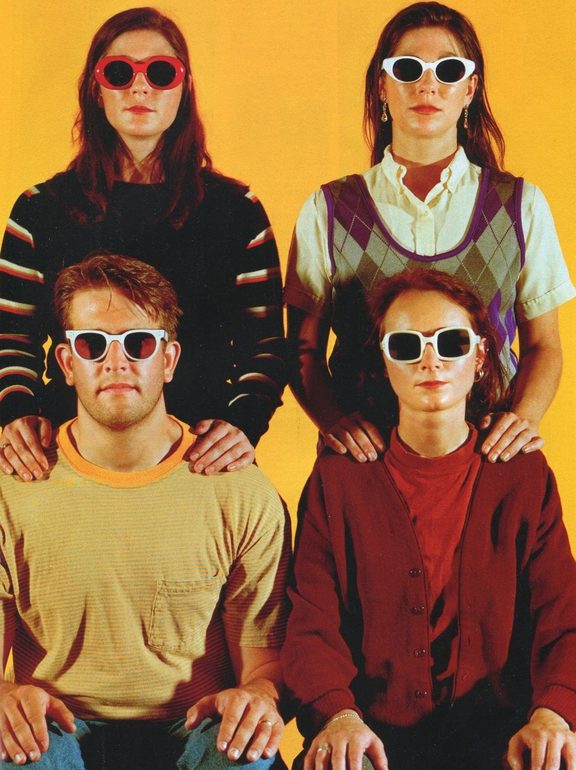 In 2013, twenty years since their album Last Splash the Deal sisters got their rhythm section from those classic 90s albums back on board for some celebration concerts. English bassist Josephine Wiggs was one of the founding members, with drummer Jim McPherson joining a couple of years in. That chemistry is obviously still there - the band have just released their strongest album since the 90s, some critics comparing it to their monumental Last Splash.

All Nerve blasts through in 33 minutes, brisk fuzzed out guitar lines, cooing harmonies, muscular basslines and playful rhythms. There are familiar squalls, and vocal distortion, all the hallmarks of past Breeders albums, without being a rehash of previous work. Without changing all that much, their sound still sounds vital. Maybe it's just that there's a whole generation who are now emulating 90s rock music now.

The centrepiece of the album, ‘Howl At The Summit’ features Australian songwriter Courtney Barnett and her band chiming in ‘light it up!’ on the choruses. Kim says the first time she heard Courtney was when she did a cover of The Breeders hit ‘Cannonball’ for the A.V. Club. It’s a song Courtney credits as an inspiration for her first album. The two met on Skype, when they were teamed up for the podcast talkhouse, and they got on so well they kept in touch, resulting in them appearing on each other’s records.

Indie rock is awash with young, agile, thoughtful women songwriters at the moment. Courtney Barnett, but also Big Thief, Waxahatchee, Jay Som, Mitski - the list is long. It seems like the tide is turning for a genre that has been predominantly male and white forever. And yet Kim feels there’s a lot more ground to make up.

“I’ve had people on the phone with me saying ‘do you think the #metoo movement will encourage other women to step up and begin forming their own bands’ and I’m like - do you know the Grammy president Neil Portnow?’ because what you just said, is kind of what he’s saying.”

Last January, after the overwhelming majority of Grammy’s went to men, Portnow said that women musicians needed to “step up”.

Kim says “They’re all there. And then we talk about the fact that just because they don’t get covered, like I can go and look at Rolling Stone magazine, and I’ll go down a whole foot in the feed before I get like, two women musician artists. So just because they don’t cover us, doesn’t mean we’re not there. And then did you see some of the festival line-ups? Horrible. And people running festivals, they say, well we can’t ask them to do festivals, they don’t get enough press!”