Since the earliest days of Crowded House he has had a remarkable ability to make his audience a part of whatever was happening on stage, as if to insist that it isn’t just about the stars but about everybody in the room. 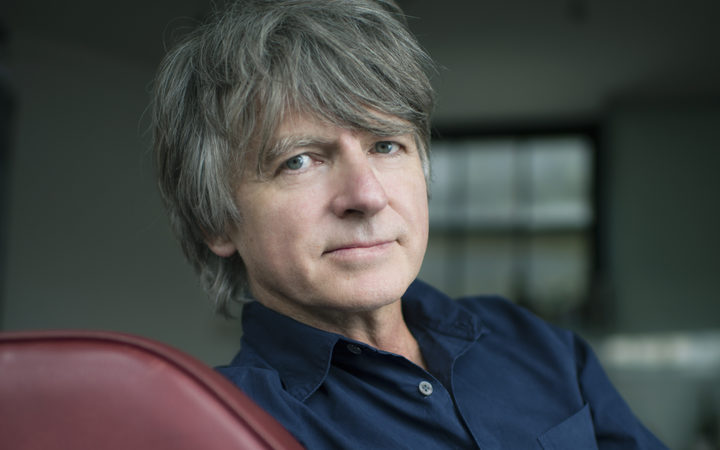 Neil Finn's latest album - Out of Silence - is his most community-minded but also, in a sense, his most solitary. Photo: Supplied

Once, playing solo at New Plymouth’s Bowl of Brooklands I saw him turn a vast hillside of punters into an intimate singalong. It was as though we were all in his living room.

For the making of his new album he effectively invited anyone in the world to be a part of it.

At his Roundhead Studio in Auckland he assembled a small village of musicians that included several members of his family, a choir made up of local luminaries like Don McGlashan, Tiny Ruins, Sean James Donnelly and Lawrence Arabia, and an orchestral section arranged and conducted by the extraordinary Victoria Kelly, who finds doors in Finn’s songs that seem to open into bigger rooms.

Then he brought in cameras so anyone could experience the process online, not just watching and hearing the album take shape over the course of several rehearsals and a final night of recording, but even interacting, with the occasional question or request via Skype. It goes without saying that those at home would be singing along. 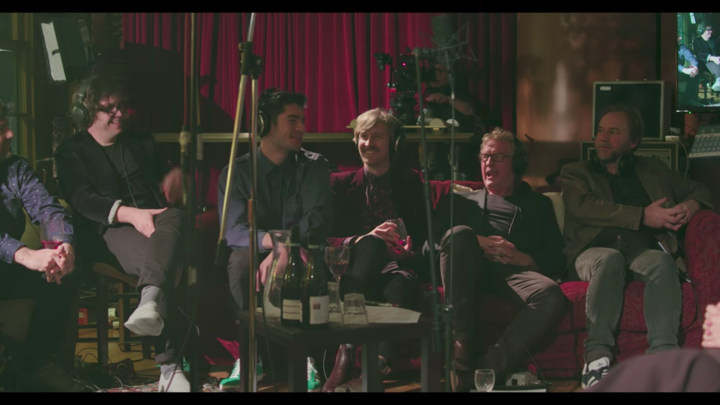 Some of the musicians who took part in the livestream at Neil Finn's Roundhead studio Photo: Screen capture 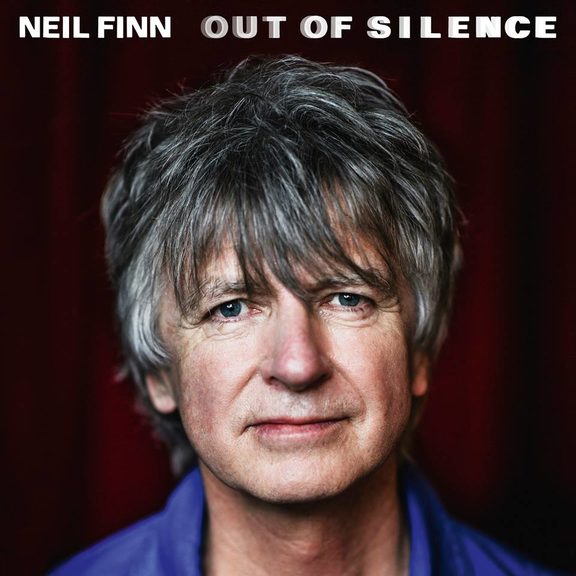 It’s a brave thing to do, committing a fresh bunch of material to the vagaries of a real-time performance, especially for a perfectionist like Finn who has been known to obsess over the details. In this case there wasn’t time for that. As if he didn’t have enough to think about, he was also the host, maintaining the focussed but upbeat mood of the musicians in the room while keeping the global audience in the loop with asides to camera.

And yet there’s a paradox, in that the most community-minded album Finn has made is also his most solemn and - in a sense - solitary.

Out of Silence finds Finn at the piano rather than guitar. If the guitar has always been his favoured instrument for social playing, the piano is where he has turned for his more meditative pieces. And it’s clear he’s been engaged in some serious contemplation. The songs are filled with troubling images of war, terror and chaos.

"There's no sign of hope/looking through a telescope," he sings in ‘Terrorize Me’, one of these predominantly mid-to-slow-tempo songs.

In ‘Widow’s Peak’ he invokes warlike beings and the smell of “blood buried under my feet”. And in ‘The Law is Always On Your Side’ he sings of a police killing and his shaken faith in those charged with upholding justice. 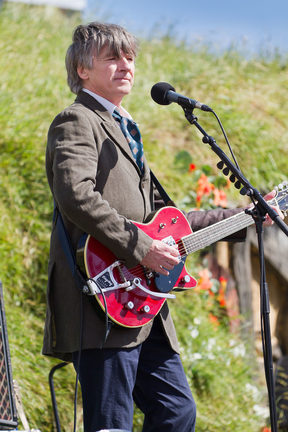 Finn at the world premiere of The Hobbit: An Unexpected Journey in 2012 Photo: Wikimedia Commons

Even the more upbeat songs reflect the anxious nature of the times we live in. “Anyone can tell you that it’s out of your hands/God is rolling numbers while I’m making plans” goes the refrain of ‘Chameleon Days’.

Left to a lesser tunesmith, such material could turn out horribly gloomy. But Finn’s greatest gift is for melody, and he lifts even the darkest of these reflections with tunes that work like an antidote to despair.

There’s a gorgeous Erik Satie-like section in ‘Terrorise Me’ and shades of Burt Bacharach in the elegantly irregular ‘More Than One Of You’. And there’s the simple elegance of ‘Independence Day’, perhaps the most immediately Finn-like tune on the whole album.

The choir - sometimes singing call-and-response, other times just providing gentle support - adds to the sense that these are, in a way, secular hymns.

When confronted with overwhelming ugliness perhaps the only thing an artist can do is to try and create something that is even more shocking in its beauty.

On Out of Silence Neil Finn gives it his best shot.

Out of Silence is released 1 September on EMI.