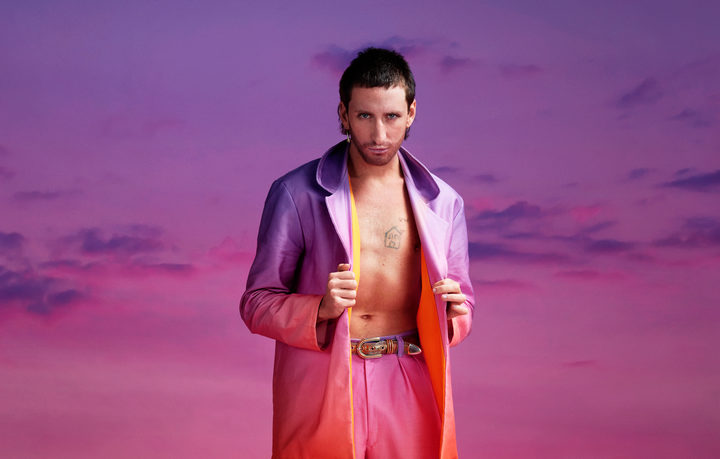 Kirin J Callinan toes the line between sincerity and silliness.

"I think ultimately it's just me being myself. I am ... an idiot"

Kirin offers this self-assessment during a conversation about authenticity. He's often accused of playing a character, or not being 'real'.

His songs and promotional material are filled with jokes and self-deprecation, leading to accusations of insincerity. But according to Kirin, this is the 'real' him. He just takes silliness quite seriously.

"If I say some outlandish statement in a song, it's all the more fascinating why I would do that. It's easy to see the whole thing as a bit of a joke, but the wink behind the music, that's where the truth is, actually".

After work on his latest album Bravado stalled in 2015, Kirin reached out to artists like Weyes Blood, Mac DeMarco, and the Finn family to help him finish it.

He also approached Aussie legend Jimmy Barnes via email, asking him to contribute "the greatest scream in rock n' roll" to the song 'Big Enough'.

"Six months passed, and one day ... there's an email that's come in from [Jimmy Barnes]. Not in reply, no subject matter, no text in the email, nothing. But attached were six .wav files of him screaming in different registers. 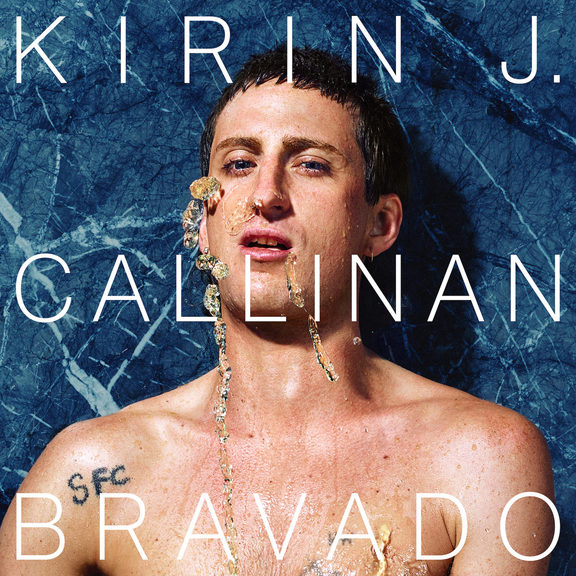 "Unbelievable. I listened to them sitting in the airport, and tears were just streaming down my face"

Kirin's first album Embracism was influenced by industrial sounds, but his second – Bravado, is pure EDM pop, and his list of collaborators is impressive.

In addition to contributions from Barnes, Weyes Blood, and the Finns, the album's produced by Mark Ronson.

The cover of Bravado sums up Callinan's approach quite neatly.

There he is, sans shirt, looking pretty serious. But look again and you notice the yellow liquid spraying up into his face.

When asked how he kept a straight face for the shoot, he says,

"Well, there's no point pissing all over myself if I'm not going to get the shot".

Tony Stamp talked to Kirin about taking fun seriously, and the lengths he’ll go to for his art.